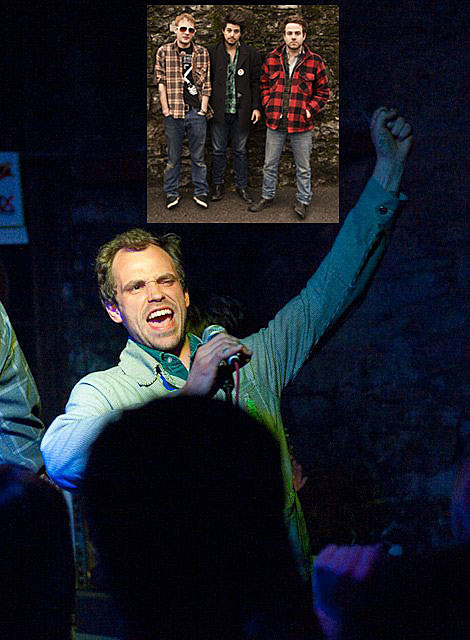 As the "Middle Brother" release date of March 1st approaches, the band have released the title-track from their self-titled debut album. Grab the MP3 for the first time above, or listen to the song in the band's new iPhone app. Pre-order the album via Partisan Records. 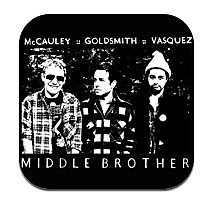 Middle Brother (the band) is comprised of the unmistakable three voices of Taylor Goldsmith of Dawes, John McCauley of Deer Tick, and Matthew Vasquez of Delta Spirit, but in "Middle Brother" (the song) you'll also recognize the voice of Jonny Corndawg who also helped them write the tune.

Middle Brother kick off their first-ever tour on March 2nd in Washington DC. That's the tour that will include FULL SETS by Middle Brother AND Deer Tick AND Dawes on almost all March dates including on March 5th at Music Hall of Williamsburg and March 6th at Bowery Ballroom. Tickets to both of those shows are still on sale.

Jonny Corndawg (pictured above) will be on the tour and performing at all Middle Brother shows, though he'll only be playing full opening sets at the newly-added April California shows (list below). After California, Corndawg heads back to NYC in time to finish off another Brooklyn residency - last time it was at Union Pool, this time it's at Brooklyn Bowl (April 4, 11, 18 & 25).

Middle Brother's March run ends at SXSW in March. There the band play the previously-mentioned Ground Control Touring showcase at Auditorium Shores on March 19th, and they will play a BrooklynVegan day party one day earlier - March 18th & Swan Dive/Barabarella. BrooklynVegan (we) have teamed up with Partisan Records and Knitting Factory for a free, afternoon, 3-stage event. It will be Middle Brother's only day party, and Deer Tick are on the bill too. The rest of the lineup and more details TBA. Stay tuned.

Back to NYC for a second, this related show is also happening:

All tour dates, and a new Delta Spirit video, below... 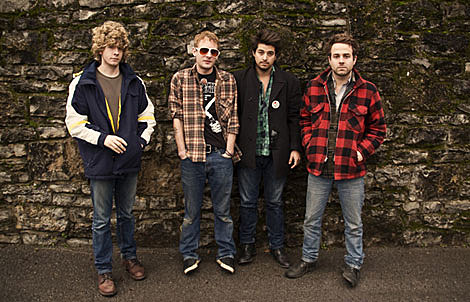