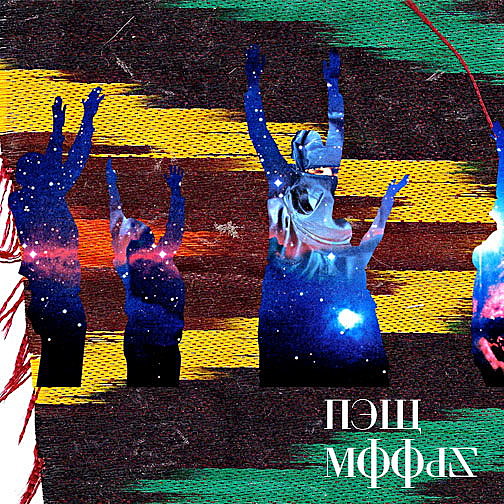 New Moods (whose members include a Young Magic member and Gang Gang Dance's engineer) have been busy practicing for their 9pm set at the BV Holiday Party at Music Hall of Williamsburg tonight (12/13) (some tickets will be on sale at the door), but they managed to get this list in just in time for those going (or still thinking of going) (or wondering if they should show up for the opener) (you should!) to get to know them better. Here is a list of the top 10 music things that New Moods loved in/about 2011 (in no particular order)...

We had been pretty stoked on the "Sunburst" Ep for a while and were psyched when we heard a new LP was on the way and this one did not disappoint. It takes a lot from all the electronic stuff that is going on right now and brings it to another level. It's sweet and savory at the same time and it kinda feels like what being inside of the internet RIGHT THIS SECOND might feel like.
--

Melati: I first met Áslaug and Jófríður of Samaris just before playing a Young Magic show at Iceland Airwaves. Their EP became the soundtrack of Iceland.. thick layers of dark winds floating over dead lava landscapes. They are still only so young (17 and 18!) it will be interesting to hear what they make next.
--

Music for (and from) Saharan Cell Phones

Melati: This is an amazing collection of songs found on memory cards of cellphones in the Saharan desert. I really love the track Polisario. You can download both albums here: www.sahelsounds.com
--

Billy: The one and only, Joe Frivaldi (Electroputas), played Peaking Lights' Imaginary Falcons for Melati and myself a few times during afterhours at Pianos where we all work. But it wasn't till 936 came out that our love jumped another notch. Out of all of that No Fun stuff that came out this year this one is actually a lot of fun. Spring cleaning jams.
--

Sean: I don't think I've heard a record like this before. It seems to break every production rule and yet sound so sweet and pleasing to the ears. At times the mixes are just pegged, super squashed and blown out to a square wave and distorted, and still manages to sound plush and dreamy.
--

Sean: I saw these guys at the Village Underground in London for a Dazed and Confused magazine party and honestly didn't think twice about it. I have a feeling now it had more to do with that venue than the band (what is it about East London vaulted brick celling venues that always sound bad), because every act I caught that night seemed to lack something. Fast forward a couple weeks later in Barcelona, I happened upon Darkstar performing outdoors at possibly the greatest festival of all time. their sound was so full and pulsing, super droney and at one point or another in the set seemed to cover the entire frequency range audible by the human ear. I could tell they had some sound issues (I was placed by the FOH, my fav spot and could see their FOH freaking out a bit) but it didn't matter, feedback or not their sound made me feel like I was levitating off the ground. I''ve been told they are currently working on a new record, and I'm definitely stoked for that, impatiently .
--

The return of Mazzy Star

Just listen to So Tonight I Might See again...
--

Billy: Saw them a bunch this year and they just keep getting better and better. Of course we are a little biased with Sean mixing them live and having worked a bunch on the record but Eye Contact really is everything. It takes so many influences and crafts it into something that is completely unique. There isn't another band right now that is doing more interesting work than GGD.
--

Panda Bear's You Can Count of Me at Brooklyn Mason Temple

We are all huge fans of Noah and it was great to finally here some more stuff after loving Person Pitch so much. The songs are really polished and austere without losing any of the warm qualities the made PP so good. Not to mention seeing You Can Count on Me of Brooklyn Masonic Temple nearly brought me to tears...
--

Billy: I grabbed this at the end of last year in a late night downloading spree from the Root Strata blog but it wasn't till this year that it rose from the digtial debris to become an essential playlister. Specifically the song "???? (Shinzo No Tobira)" We were all still pretty shocked that this came out in 1983, especially since it was our jam of the year.
--

Billy: It's always really inspiring to hear them work out new stuff right there in front of you. It feels fresh cause it's fresh to them. But it also doesn't hurt to see them revisit favorites in a new light. Luckily Pitchfork got the hightlight of the night on tape...