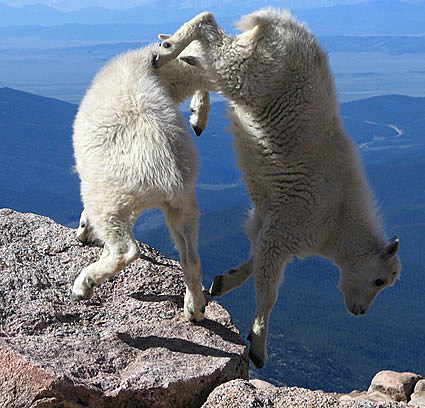 Two things. One, we are playing in the UK.

Two, the new album is called Heretic Pride and will be out on February 19th, 2008. These are the songs on it:

Recording personnel for this album were Franklin Bruno, Annie Clark, Erik Friedlander, Peter Hughes, Jon Wurster, the Bright Mountain Choir, and your humble narrator. It will be released by 4AD, and features artwork by Vaughan Oliver. It was recorded at Prairie Sun, and produced by Scott Solter & John Vanderslice. We are really excited about this album, and we wish it were out right now, but there is a law against releasing albums in December unless you are Queen. Any album you see released in December is actually by Queen, no matter what it says on the cover. Then in January everybody is recovering from having listened to too much Queen. Hence, February. See you then!