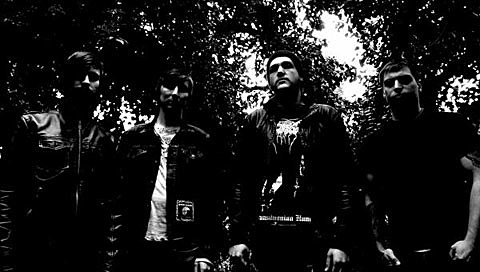 The Secret has something to tell you, and it won't be polite. After releasing a pair of promising LPs via the now-defunct Goodfellow Records (2003's Luce and 2008's Disintoxication), the abrasive blackened/hardcore/grind hybrid has found a new home in Southern Lord Records, who will release their new LP Solve Et Coagula on September 28th. If Disintoxication was just a hint, then Solve Et Coagula is the full answer; this is The Secret's most cohesive and powerful release yet, worthy on any shelf with records by Integrity, Converge, Pulling Teeth, or recent faves like Amenra and Celeste. If there is justice, The Secret will be a secret no more. Dig on a sample in "Double Slaughter", available for the first time above.

We cornered guitarist Michael Bertoldini of The Secret to ask him about the new record, touring plans, and some of his fond memories of Makh Daniels of Early Graves (RIP).

Coming off of Disintoxication, what were your goals with the new record?

The year before the recording of Disintoxication was transitional for us, as the whole line up of the band changed drastically. We wanted to write an album and record it very quickly, but afterword we felt like we put too many ideas into each of the songs.

Are there any plans to make it to the US soon? Specifically the east coast?

We're gonna be back in the states in the first half of 2011. As you know we were planning a full US tour with our friends Early Graves for October but the tour had to be postponed after their tragic van crash. I really hope they will keep on playing music and hope to tour with them again in a way or another. They are a great band and some of my best friends. 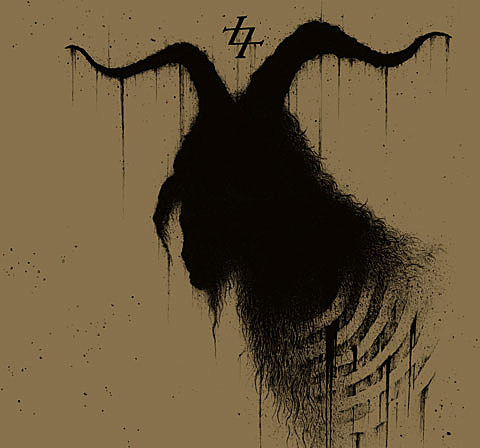 Kurt Ballou recorded the new LP. How much of the LP was written with him in the studio, vs in the live setting? What is your songwriting process?

Actually we pre produced all the songs on the record by ourselves before going at God City, so 100% of the stuff recorded had been written before entering the studio. Kurt has been a great sound engineer and suggested us some solutions but worked mainly with guitar and bass tone. We usually build our songs starting from guitar riffs and then we develop basic drums patterns at practice. Some songs have been written in few hours and sometimes it takes a bit longer to arrange the song and make them more interesting.

What are your thoughts on the current state of hardcore, and who are bands that you look to for inspiration?

I have mixed feelings about it. The underground scene is spawning a lot of very good new bands lately but the mainstream attention that hardcore music and the scene received in the last few years created a monster. Shows are more crowded now but most young kids don't really have a clue of what punk/hardcore really is. I don't want to teach anything to anyone, but I personally can't stand how bands now are just taking everything in a way that should be "fun" and "ironic", especially considering this historical moment we're living in. 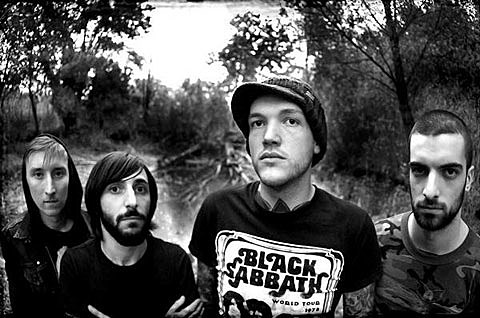 Italy has a few fantastic and very influential heavy bands, Bulldozer and Cripple Bastards immediately come to mind. What is the metal and hardcore scene like in Italy?

It's really different compared to the scene in the states. Being in a smaller country makes it harder to be a full time touring band, but at the same time, easier to get decent money, food and accommodations when playing shows.

I think there is less cohesion between punk and metal scenes, I still don't understand if it's a good or a bad thing.

Anyway things changed a lot here as in every other part of the planet. Internet brought the same stuff all over the world so most of the bands here are just trying to be a carbon copy of the most popular american bands, just being worst. Obviously there are exceptions. 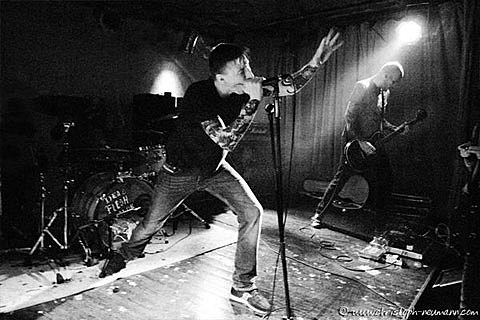 You recently completed a benefit for Makh Daniels in your native Italy. Please share your best memory of touring/being with him.

We played at Metal Shaker in Chicago and after the show we went to crash at the promoters house, who is a kick ass guy and has great taste for doom music and italian 70's movies.

Makh was allergic to cats and overnight the house cat pissed in his shoe. I remember Makh throwing the shoe in the trashcan, walking in a Walmart with his feet wrapped in a plastic shopping bag, wearing the missing shoe and walking outside Walmart.

We lost a good friend and the whole heavy music community lost a stand up human being and a truly exceptional frontman.