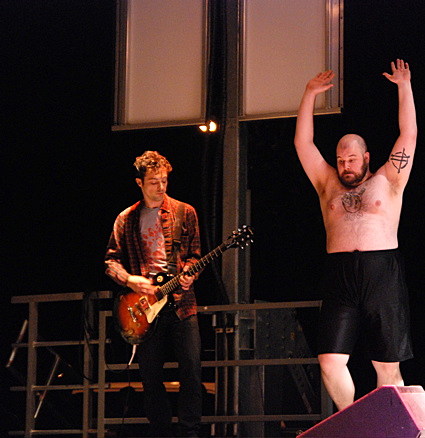 Question: Your band has ump-teen releases this year and a googleplex of others in seven years of existence. If you are readying another release, is it really news?

Answer: It definitely is, if you consider it's only your second LP. 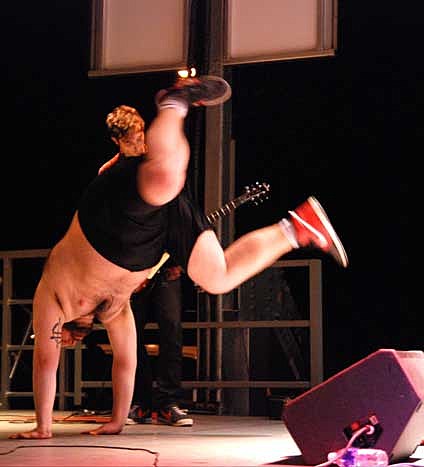 The band of 1000 releases is none other than T.O. hardcore dudes Fucked Up who have announced that they will release LP #2, The Chemistry Of Common Life (or "ChemCom" as the band likes to call it) on October 7th on their new label Matador Records. Both "No Epiphany" & "Royal Swan" (the MP3s above) are from ChemCom, whereas "Stress" is just for gits & shiggles. Matador will also play house with another one of those pesky Fucked Up releases - the Year Of The Pig 12" is out July 22nd. It originally reared it's ugly head over at What's Your Rupture? (though in an abbreviated, in length AND availability, form).

A new mixtape is also in the works (look for it around the same time as ChemCom) and the dudes/lady dropped a preview of it.

Currently touring Europe (dates below), lead throat-ist Pink Eyes was recently hospitalized in Calgary during night one of the Sled Island Festival (Broken Social Scene was there and so was Of Montreal) after shattering a beer glass into his head during a gig. The band was scheduled for three shows, and missed none. Pink Eyes recalled the incident on night two:

"I had to miss all of the bands I wanted to see, because I was sleeping in the hospital like a baby"

In related news, ex-Fucked Up (or at least songwriter for 'em) and current (?) Cursed member Chris Colohan has left the door open to more Cursed. In contrast to his previous posting, Colohan recounted the events that lead to the turmoil during their European tour and explained that Cursed is currently "a big fat fucking question mark." Well, at least thats better than "it's over". 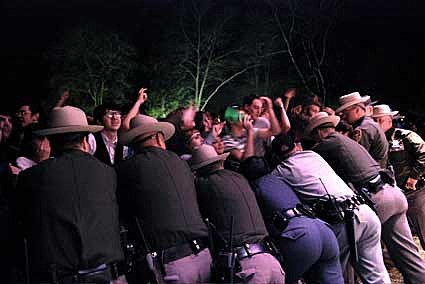 The pictures in this post are from Fucked Up's infamous performance at SUNY Purchase's Culture Shock in April. It was cut short by the police. More of those pics and all the tour dates below... 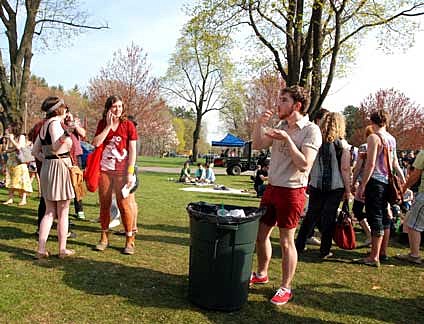 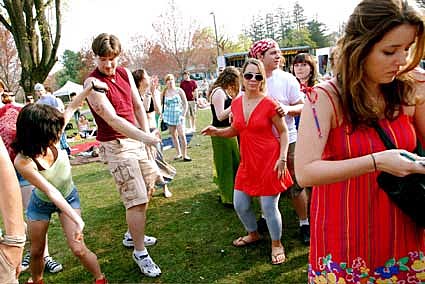 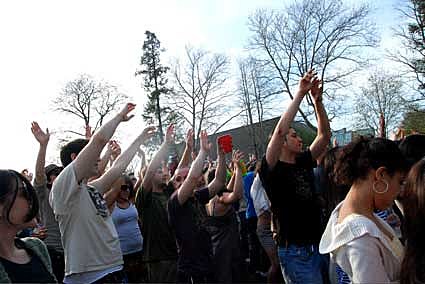 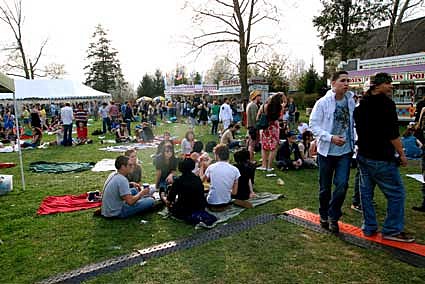 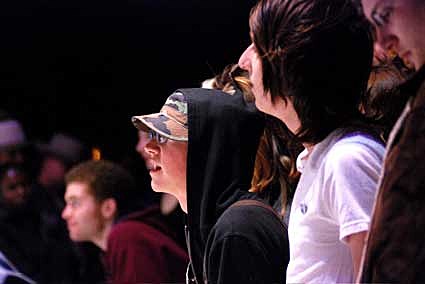 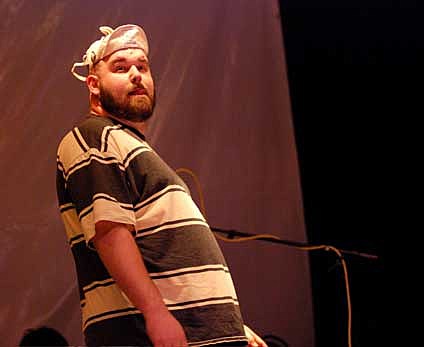 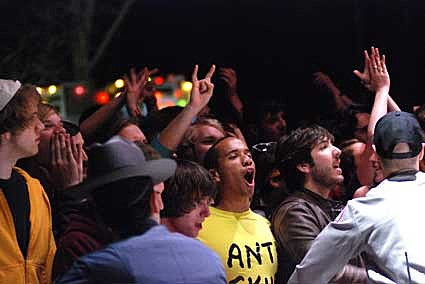 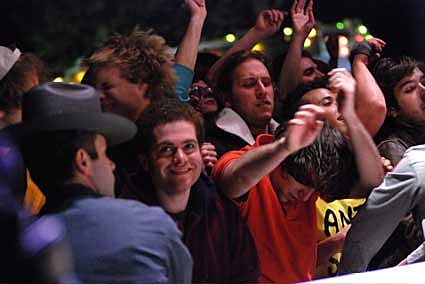 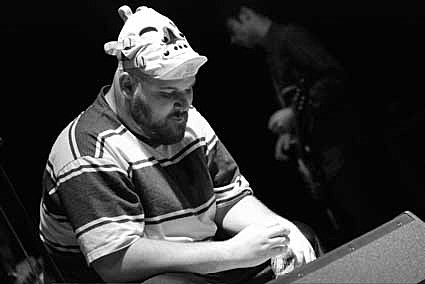 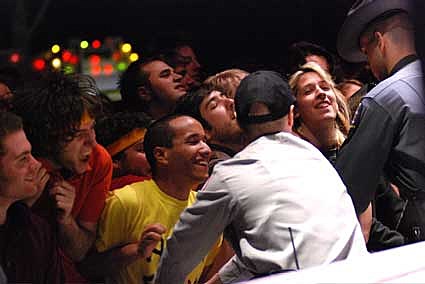 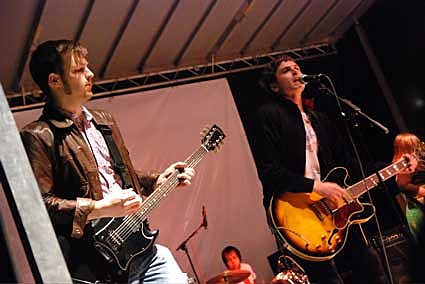 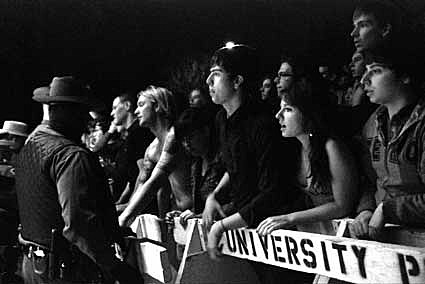 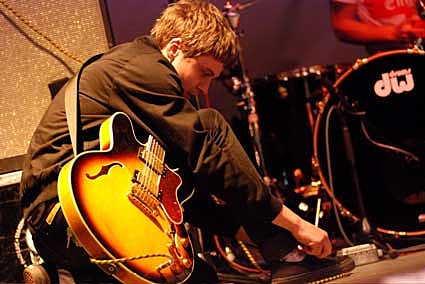 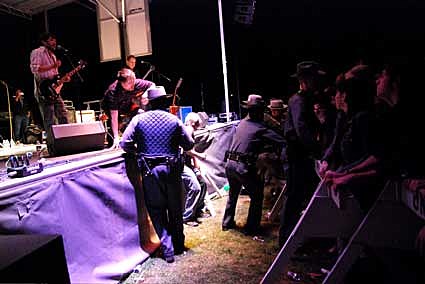 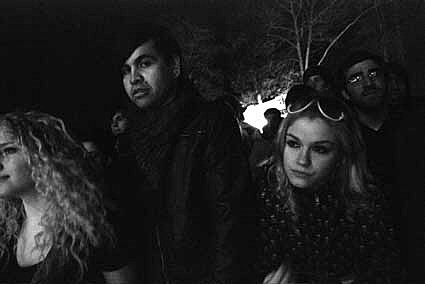 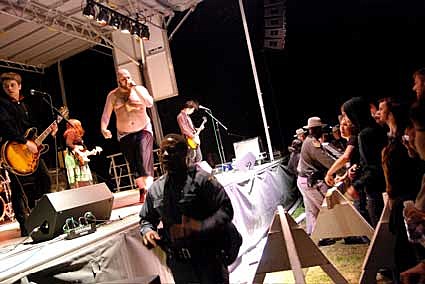 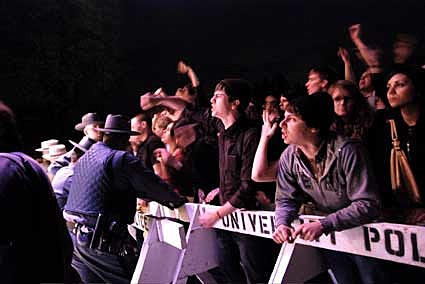 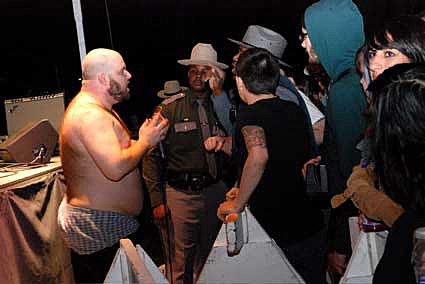 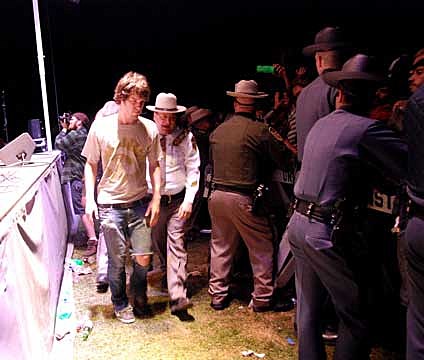 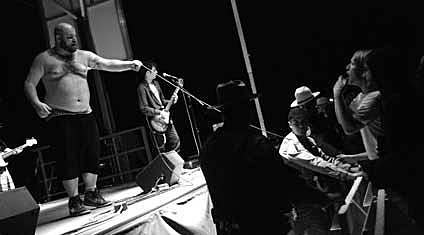 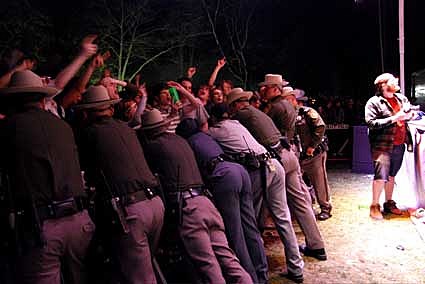 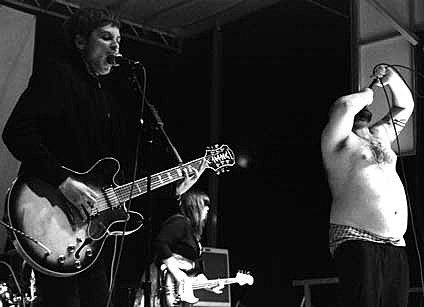 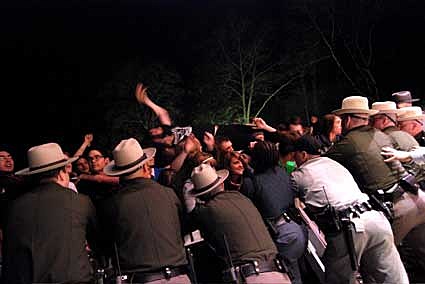 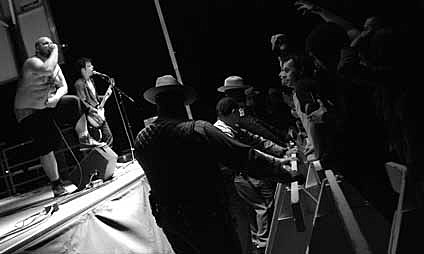 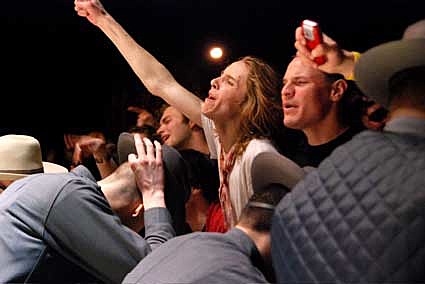 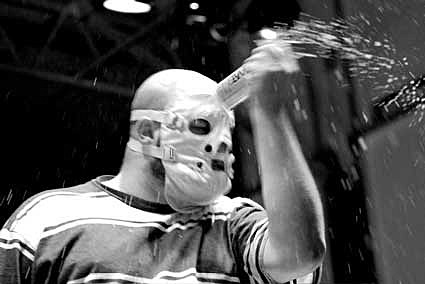