photo: Meek Is Murder at Cake Shop in 2010 (more by Fred Pessaro) 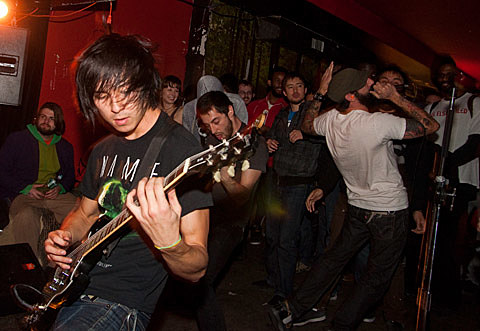 Ohio metallic hardcore band Enabler and Brooklyn mathcore trio Meek Is Murder (who currently share drummer Frank Godla) are going on a tour this June which ends in Meek Is Murder's hometown on June 14 at the Acheron. Tickets aren't on sale yet, but should be soon via Ticketfly. All dates are listed below.

Enabler are planning to release their new album Fail to Feel Safe this year via Century Media (release date TBA), and Meek Is Murder's new LP, Onward/Into the Sun, comes out May 5 via Rising Pulse Records. You can hear the killer single "Onward Toward A Red Horizon" below (via VICE), and the whole album can be previewed at the listening party TONIGHT (4/24) at Over the Eight in Williamsburg for MetalSucks and Metal Injection's Heavy Metal Happy Hour.

Brooklyn sludge weirdos Unearthly Trance have been broken up since 2012 (though members continued on in Serpentine Path), but they're now ready to come out of hibernation to release a new album on Relapse Records and play shows again. So far they have two hometown shows announced. They open the Samothrace show at Saint Vitus on May 24 with Trenchgrinder and Beefrot (tickets); and also play Acheron on July 17 with Churchburn and Belus (ticket info TBA).

The genre-crossing Kayo Dot have a Brooklyn show happening May 21 at The Paper Box with Hex Inverter, Disparager and Kevin Hufnagel (tickets). Frontman Toby Driver also has his Stone residency coming up in August. 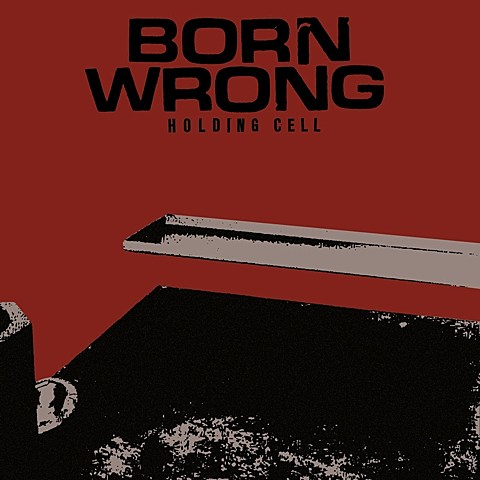 Ontario hardcore band Born Wrong have a new album and touring plans on the way, but most of that is still TBA. Meanwhile, they do have one show coming up, which happens in Brooklyn on May 9 at Acheron with local hardcore band Creeping Dose (whose new 7" Filth Is Power is out now) headlining, as well as Mommy, Pleasure Industry and Dilate. Tickets are on sale. We haven't heard anything from the new record yet, but if last year's angry, uncompromising Art District EP and the prior year's Holding Cell EP are anything to go by, we have high hopes. Stream those below.

Noisem, who will be in NYC in June on their tour with Iron Reagan, recently detailed their new album and released two songs. Blossoming Decay will be out June 6 via A389, and you can listen to the 2-minute hardcore rippers "1132" and "Graining Enamel," below. A third brand new track, "Replant and Repress," is streaming at Punk News.

The '70s hard rock-leaning Royal Thunder, who will be in NYC in June on their tour with Wild Throne, made a video for "Time Machine" off their new Relapse-released Crooked Doors. Watch below.

KEN mode, who will play NYC in June with Fight Amp, Pyrrhon and Couch Slut, shared a second track from their upcoming Steve Albini-reocrded album, Success (due 6/16 via Season of Mist). Like the first single, "These Tight Jeans" is a workout in AmRep-style post-hardcore, and you can listen below (via NPR).

Not about a show, but earlier this week we premiered a new song from NWOBHM vets Raven, called "Fight," over at Invisible Oranges. If you're into that, you may also be into reading IO's recent piece, "British Steel & Iron Maiden: 35 Years Later." 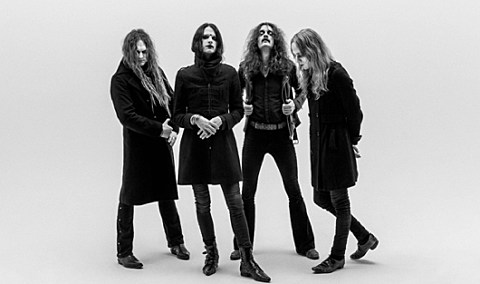 Last but definitely not least, Sweden's Tribulation released their death-metal-meets-classic-rock album The Children Of The Night this week on Century Media, and then put out the video for its opening track, "Strange Gateways Beckon." Watch that below.

Meek Is Murder - "Onward Toward A Red Horizon"