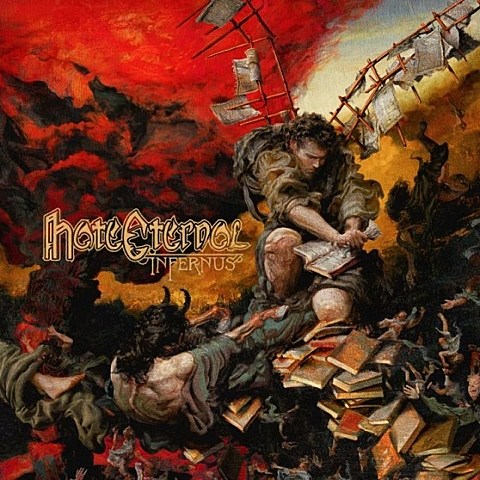 An all-around good death metal tour is happening this fall with Hate Eternal, Misery Index, Beyond Creation and Rivers of Nihil. It hits NYC on October 29 at The Studio at Webster Hall, and tickets go on sale Friday (9/4) at 10 AM. Headliners Hate Eternal are touring in support of their recently released Infernus LP on Season of Mist, which you can stream below.

UPDATE get ready for the tour by reading Joseph Schafer's interview with Hate Eternal's Erik Rutan over at Invisible Oranges. All tour dates are listed below.

In other death metal news, Joseph Schafer also interviewed Karl Sanders of Nile over at Invisible Oranges. IO also reviewed their new album What Should Not Be Unearthed, which dropped last week on Nuclear Blast (steam a track below). Nile's tour hits NYC on January 14 at Gramercy Theatre with Day of Doom. Tickets are on sale now.

And one last bit of death metal news: Horrendous will follow their much-loved 2014 album Ecydysis with Anareta on October 27 via Dark Descent. Lead single "Sum of All Failures" is out now and you can check it out below.

The hardcore-leaning tour of Twitching Tongues, Harm's Way, Homewrecker and Malice In The Palace hits NYC on November 28 at The Studio at Webster Hall. Tickets are on sale now.

For even more on the hardcore side, catch ACxDC, Meek Is Murder, Mary Todd and Lucid Terror on September 17 at the Acheron. Tickets are on sale.

Stoner rockers The Shrine will return to NYC on October 8 at Saint Vitus with garage rockers Dirty Fences and Big Truck. Tickets are on sale. 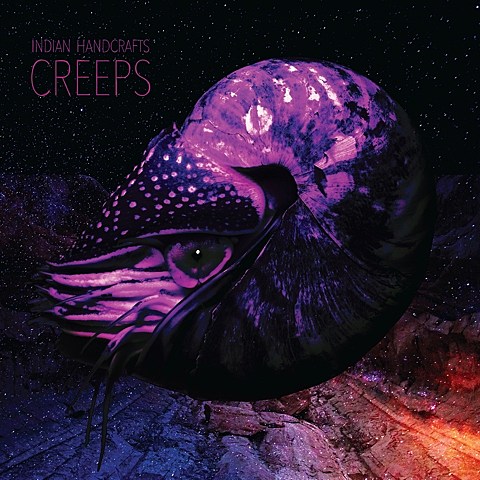 Another band in that sludgy/garagey realm, Indian Handcrafts, will release their new album Creeps on October 2 via Sargent House. You can check out the first single "It's Late Queeny" below. The band is heading on tour this fall with Kylesa and Inter Arma, hitting NYC on October 21 at Saint Vitus (tickets). We also caught Kylesa in NYC earlier this week with Cult of Luna. Check out pictures.

For something more classic, we recently got a new song from the new Slayer album Repentless, which drops 9/11 via Nuclear Blast. It's called "Cast The First Stone" and you can check it out below.

A lot's been going on the world of classic metal lately. The new Motorhead album just dropped last week (but more importantly we hope Lemmy gets well soon) and the new Iron Maiden album is coming this week. Black Sabbath just announced their "final" tour for 2016, including Madison Square Garden. Judas Priest will be on tour (with Mastodon) sooner than that.

The long Labor Day weekend is upon us, and there are a few evil ways you can celebrate in NYC. Old Man Gloom and Mare begin their sold-out two-night run at Saint Vitus tonight (9/3). DC's Pure Disgust play Acheron on Friday (9/4) with Protester, Stand Off, Chud and Burst of Rage. Then Creeping Dose are at Silent Barn on Saturday (9/5) with Torso, Narcoleptics and Wrung. J Mascis and King Tuff's stoner rock band Witch play The Wick on Sunday (9/6) with Carousel, The Bevis Frond, The Golden Grass and Worshipper.

Nile - "Evil To Cast Out Evil"

Horrendous - "Sum of All Failures"