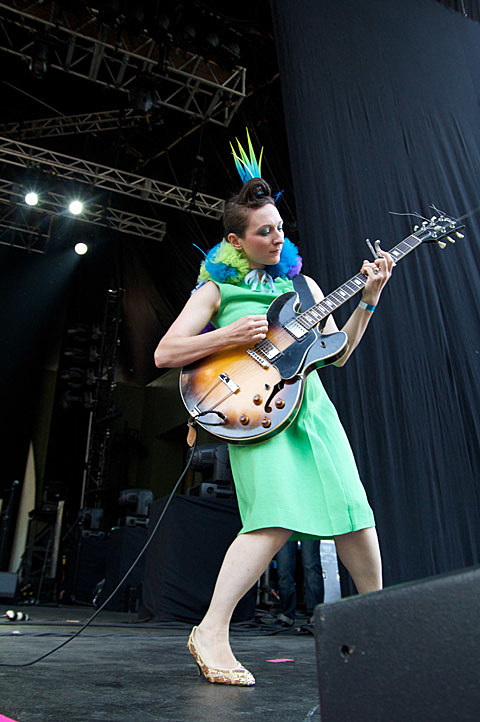 My Brightest Diamond (aka Shara Worden) is set to release her third full length album All Things Will Unwind on October 18 via Asthmatic Kitty. She's already revealed the excellent track, "Reaching Through to the Other Side," which you can grab HERE. Now she's got a video for another album track, "Be Brave," which you can watch below. The song's got backing vocals by DM Stith, was engineered and mixed by Pat Dillett (Laurie Anderson, The National), and features instrumentation by yMusic, who play on every track of the album. The video was directed by Murat Eyuboglu, who has directed other videos for Shara in the past, and stars Jessica Dessner as a dancer.

Shara's got some upcoming dates in the next few months including an album release show in NYC on October 14 at Littlefield with yMusic and DM Stith, who both appear on her album. Tickets for that show are on sale now. All dates are listed below.

Speaking of yMusic, they will release their debut LP Beautiful Mechanical on September 27 via New Amsterdam Records. The album features tracks composed by Shara Worden, St. Vincent (Annie Clark), Son Lux, Sarah Kirkland Snider, Judd Greenstein, and Gabriel Kahane. You can download the St. Vincent-penned piece, "Proven Badlands," above and check out the album's tracklist below.

All dates, video, and tracklist below...

My Brightest Diamond - ALL THINGS WILL UNWIND: Be Brave from Asthmatic Kitty on Vimeo.