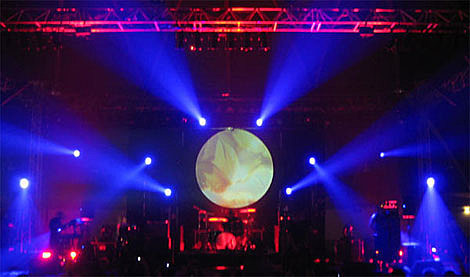 Neurot Recordings have confirmed that Scott Kelly and Steve Von Till are working on new Neurosis material, the follow-up to 2007's mammoth Given To The Rising! No word on when that material will surface, but with a little luck, maybe we'll see it in Neurot's 10th anniversary year (2009).

Neurot have also announced plans for In a Dark Tongue by Harvestman (aka Steve Von Till), a new Skullflower (due in March or April), as well as a new record by The Chord featuring members of Pelican.

The Chord currently have a single date laid out in their native Chi-town, at the Empty Bottle on 1/27 with A Tundra and Bruce Lamont (Yakuza) & Michael Zerang (tix here).

In addition, Neurot dropped a wee bit of Shrinebuilder news....

The band will be in the studio with Toshi [Kasai, Big Business] from January 9th through January 11th. Shrinebuilder's debut full-length, currently self-titled, is set for a summer 2009 release on Neurot Recordings.

Scott Kelly has announced that he will report live from the studio via [his blog] beginning no later than Saturday, January 10th. Look for guest blogs by other members of Shrinebuilder as well as possible in-studio photos from the band.

Yesterday we visited the gear catacomb where we exhumed some vintage gear for the recording including: Two seventies silver{gray} label Sunn model T's (which I immediately set upon replacing the existing preamp tubes with secret ones), a vintage Matamp, an Orange OD IOO, Roland space echo, various cabinets etc.

In case we haven't beat it into your skull already over the past year, Shrinebuilder is Wino (St. Vitus, Hidden Hand, The Obsessed), Scott Kelly (Neurosis), Al Cisneros (Om, Sleep), and Dale Crover (Melvins).

Al Cisneros of Om/Shrinebuilder sat down for an interview with us during ATP and after Sleep announced their reformation.

Wino has a new record due next week entitled Punctuated Equilibrium.

Neurosis, Skullflower, Om, Harvestman, and a ridiculous amount of others will soon descend upon the sold-out Roadburn.

Neurosis, A Storm of Light, and many, many others will also be at the Scion Rock Fest in Atlanta on February 28th.