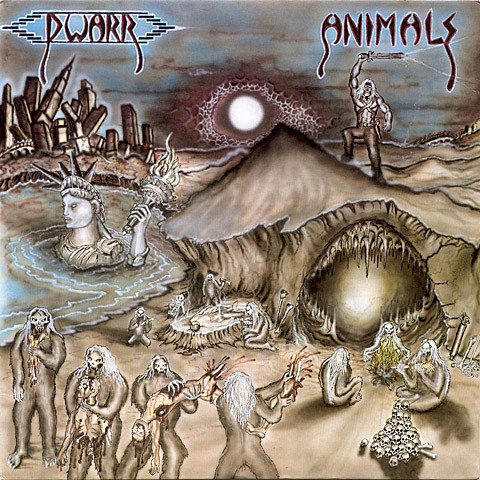 Dwarr is Duane Warr, a solo artist who has released a few obscure LPs under the moniker, including 1986's Animals. Animals was released independently in its first go around (good luck finding one), but now Drag City/Yoga Records has breathed new life into the record by re-issuing the long lost LP. Pick up a copy, and stream portions of it at Drag City's site.

While some might call Animals doom metal in the Trouble/Saint Vitus/early Sabbathian vein (and be semi-correct), Animals is much more than that, a psychedelic LP with doom influences as opposed to vice versa. An excellent example of that psychedelic doom can be found in track "Are You Real" which has a video that is reportedly making its first appearance in this post! Duane filmed the footage himself in 1993 with an old camcorder, a tripod, strobe lights and dry ice. God then spoke to him through the video and his whole life changed. Seriously. Check out the results, below...