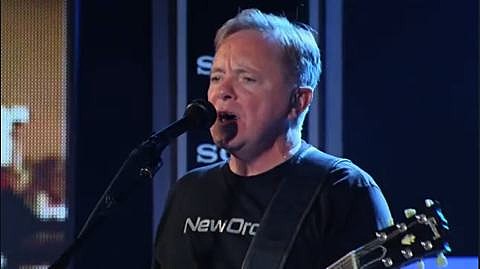 In between their two weekends at Coachella, Mancunian postpunk legends New Order played Jimmy Kimmel Live last night (4/16), performing "I'll Stay With You" from their "new" album, Lost Sirens, as well as their 1986 classic single "Bizarre Love Triangle" and you can watch both below. (Aside: I am a strong believer in "Don't wear the t-shirt of the band you're going to see at their show," and that rule should be extended to "Don't wear your own band's shirt onstage. Or ever.") As mentioned, New Order will be in NYC with Holy Ghost! on July 24 for a show at Williamsburg Park and tickets go on AEG presale Thursday (4/18) at 10 AM with the regular on-sale happening Friday (4/19) at noon.

While he's not in the band anymore, former bassist Peter Hook was watching from home and couldn't help chiming in on Twitter, which you can read above. (What is that about Glass Houses and throwing stones?) As you may remember, Hook and his band, The Light, are currently playing the entirety of New Order's first two albums on tour. While he hasn't brough Movement and Power, Corruption & Lies to North America (yet), he is releasing a live recording of The Light's first performance of the albums which happened in January 2013 at Manchester Cathedral. It will be available April 22 and you can stream its versions of "Cathedral" and "Cries & Whispers" below. 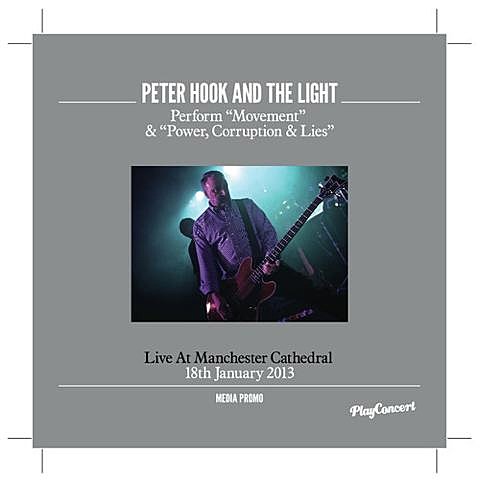