"Tutti Fruiti" single art on the drawing board 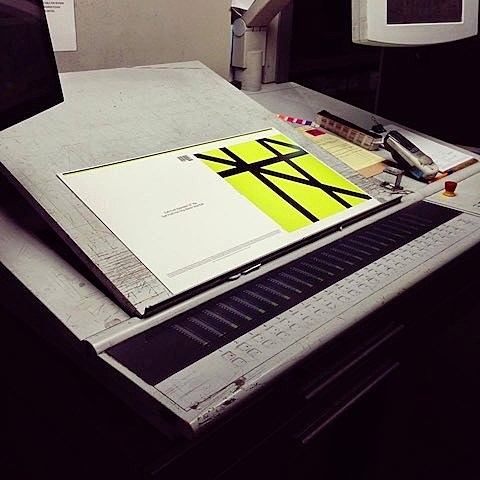 New Order will release "Tutti Fruiti" (featuring La Roux's Elly Jackson) as the official second single from their new album, Music Complete which will come with a handful of remixes, including one by Hot Chip who make the song a little more bleepy/bloopy. You can stream it below.

Hot Chip's "Tutti Fruiti" remix is also one of the first contributions to a new site, New Order's Singularity, which will feature artists talking about the band's wide-reaching influence. Alexis Taylor writes:

Whether it is walking the streets late at night with 'Thieves Likes Us' as my soundtrack, or having the pleasure of remixing their new single with Hot Chip, New Order will always be a huge part of my life. They are true pioneers who manage to strike a great balance between emotional sincerity on record and good natured, irreverent charm in person.

Related: Hot Chip just released a studio version of their cover of Bruce Springsteen's "Dancing in the Dark."