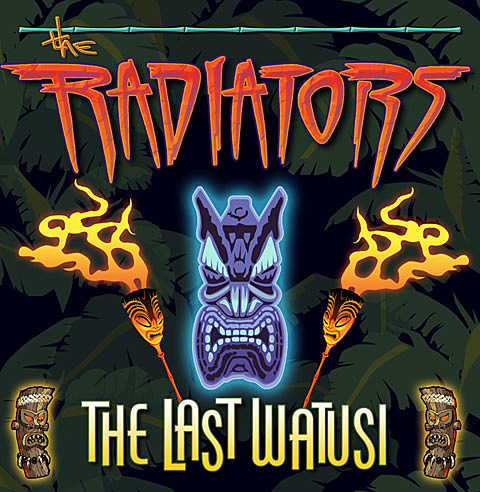 The Radiators are calling it quits this year, with final performances set June 9-11 at New Orleans' famed music club Tipitinas...

..."I love their energy and songwriting and their relationship with their fans," said Stacey Erdmann, of San Francisco. "I raised my daughter on this music."

[Bassist Reggie Scanlon] said that kind of fan loyalty is what he will miss most.

"I think that's our legacy," he said in an interview before the show. "We've been a catalyst for this amazing community of fans, who have formed around the country. These people have formed friendships that will last beyond us. These communities that have formed as a result of our music really shows that music can bring people together for more than just a gig." [ABC News]

The Radiators, formed in 1978, played a very expensive benefit (I think it was $250 a ticket) show at Brooklyn Bowl last night (6/1). According to one attendant, "The Rads played to a small group gathered to support the Headcount.org cause for voter registration." They play a much cheaper show at the same venue tonight (tickets) and then their final NYC show at Best Buy Theatre Friday (6/3), with an after party at Sullivan Hall as they near their previously announced breakup. Tickets for both Friday (6/3) shows are available too.

As mentioned above, the Radiators play three hometown shows, starting with an acoustic show on June 9 and culminating in their last show ever on June 11. The rest of their dates leading up to the final show, and some videos from last night, below...

and from another recent show....