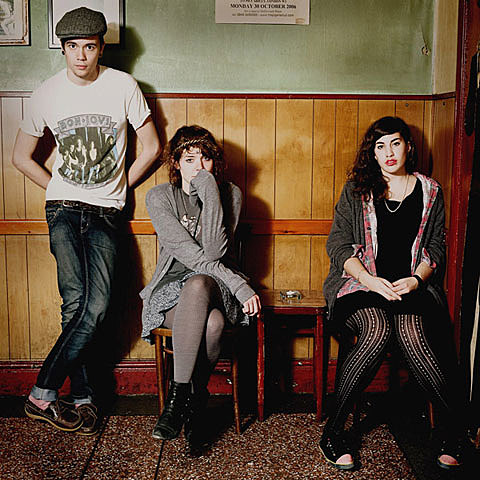 Peggy Sue is London trio Rosa Rex, Katy Klaw and their drummer Olly. Their new album Fossil's and Other Phantoms (out now in the UK) comes out stateside on Yep Roc Records June 1st. Previously, they had an EP out last summer. The band joined us all the way back in October for a BV day party at Pianos during CMJ. They played the upstairs room and their tour-mates at the time, Sky Larkin, played downstairs. Pictures from both of their sets are (finally) in this post (below).

Peggy Sue comes to North America again for tour dates this June. The full schedule is below - they play NYC on Thursday, June 10th at Pianos (tickets TBA). They love Pianos.

The new record's first single, "Watchman," is available for the first time above. The song is a simmering minor key that actually has its roots in Brooklyn. About the song, Katy writes

This was one of three songs written whilst we were in the studio in Brooklyn and recorded a few months later when we returned to London. The beginning part of the writing process is always quite an insular thing for us. You find yourself an empty room and then that's all you can do until its written. We were recording and living in quite small spaces so it was quite intense and writing new songs was in some ways an excuse for some private time. Lyrically, it's about how there is always a boy who is looking at a girl who is looking at a different boy. Sometimes we play it and I'm the person looking and sometimes I'm the person being looked upon.

A few listens through the song's expertly layered harmonies and Peggy Sue's pairing with Local Natives on a recent UK tour will make a lot of sense.

All Peggy Sue tour dates, album info & cover, the video for "Watchman" and more are below... 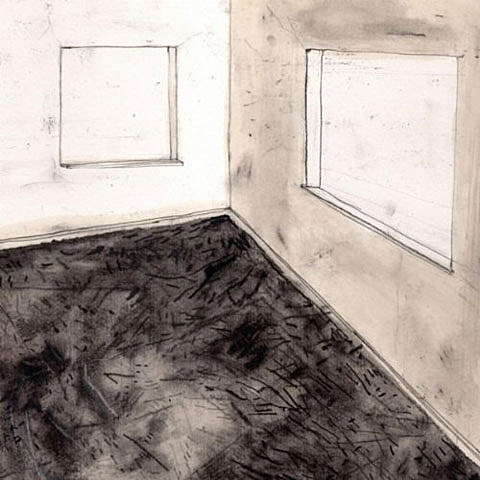 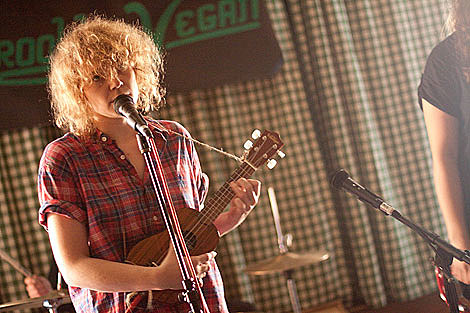 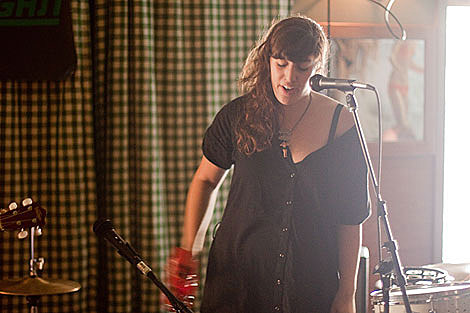 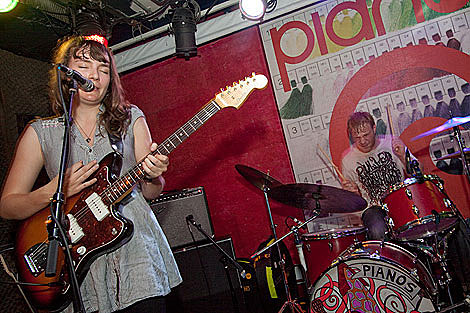 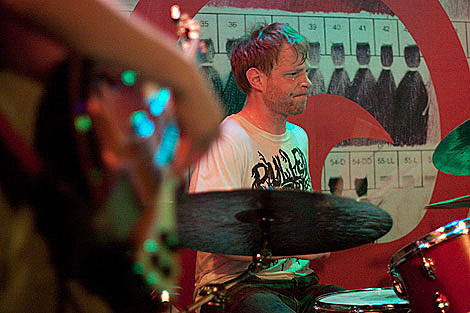 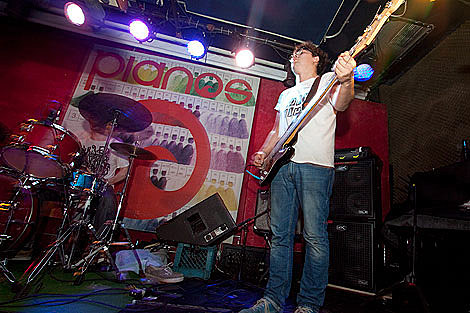 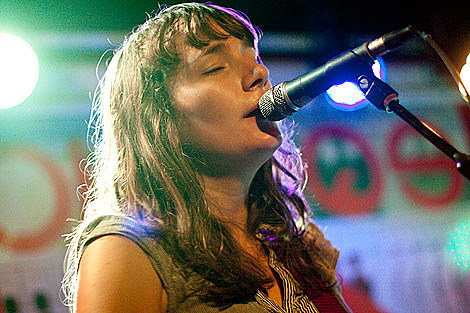