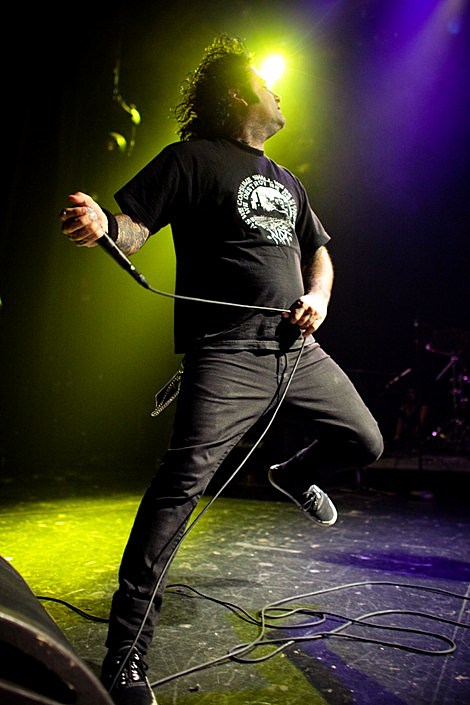 Sure fire sign a record will be killer? Seventeen songs in twenty-two minutes. Longstanding grindcore killers Phobia have churned out another piece of hellfire with their new EP for Relapse, Unrelenting. After splits with Extinction of Mankind and the unstoppable Gadget, the Orange County band have released another slab of miscreant mayhem that's chockful of crusty downtuned riffs, blasts, and foul guttural vocals all with the throttle in the red the entire time. Check out the new song "Revolt Your Life" available for download above and streaming below with three other tracks: "Out Of Control", "If You Used To Be Punk, Then You Never Were" and "Mental State".

Phobia is gearing up to head out for a string of southern shows with the regional masters of dirge and destruction, Eyehategod.

A full Phobia and a full Kill The Client live set, as well as the song stream and all tour dates are below.