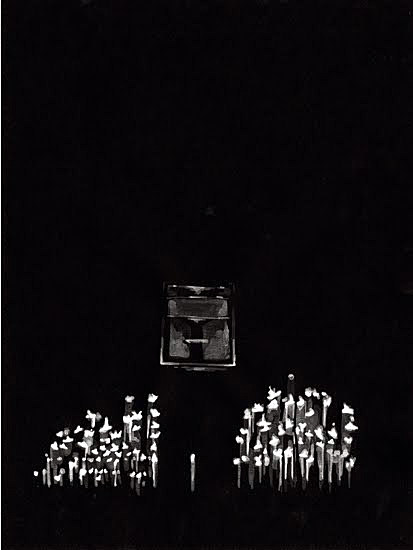 Land of Decay have dropped the second release from Sun Splitter, a four-track release of killer ambient doom with touches of industrial music. Originally released on CD-R, the cassette features art from Locrian's Terence Hannum (who's art show opens today in Chicago) and is limited to 100 copies, so snag one of these ASAP via the label. Check out two tracks from the release: "Northern Blood Tithe" which is downloadable above and appears for the first time here, and "Earth Burner" which is streamable along with "Northern Blood Tithe" below.

While we're on the subject of Locrian, you can catch the band when they play Europa on April 17th with Martial Canterel, Gnaw, and Blacklist (whose singer Josh Strawn now also spends time in both Vaura and Religious to Damn). Tickets are on sale for the Stereogum's Haunting the Chapel & Wierd Records dark synth and metal event. Locrian released one of my favorite LPs of last year with The Crystal World.

Meanwhile just across town, another band of Chi-city ruffians are preparing a release of their own. Chicago's The Swan King have signed to Seventh Rule and will release their newest LP Eyes Like Knives on February 22nd. Featuring current and former members of Planes Mistaken for Stars, Asschapel, and Circle of Animals (that also features Bruce Lamont, who is on tour with his Led Zeppelin cover band), the band's newest LP was recorded by Sanford Parker and features the trio fusing riffy and mathy hardcore with High On Fire-style tones. Check out "Staring Through Skulls" available for download above and streaming below, and while you're at it, make sure and get the band's The Good Deeds EP which is currently available for free. It kills.

No more tour dates for either band, but all song streams and more details on The Swan King's Eyes Like Knives are below.

The Swan King - Staring Through Skulls 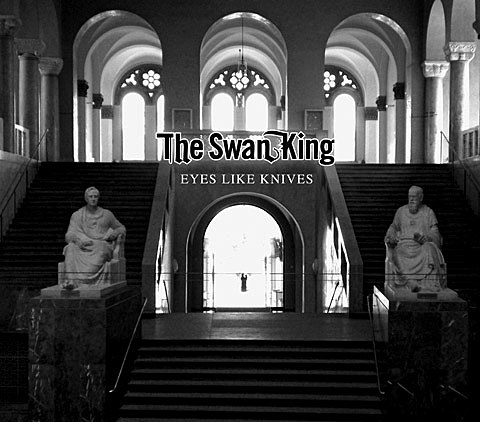