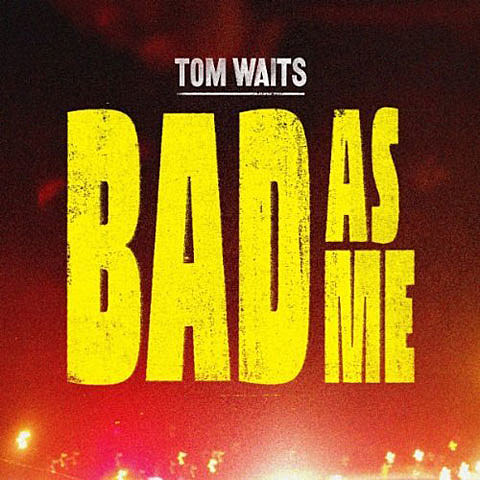 Tom Waits is set to release his new studio album Bad as Me on October 25 via Anti- Records. You can stream the album's title track below and purchase the song on iTunes. The album is also available for pre-order on iTunes as a standard edition and a deluxe edition with three bonus tracks and as CD and LP at the Tom Waits webstore.

Check out the album's tracklist and a TOM WAITS HOSTED PRIVATE LISTENING PARTY, below...