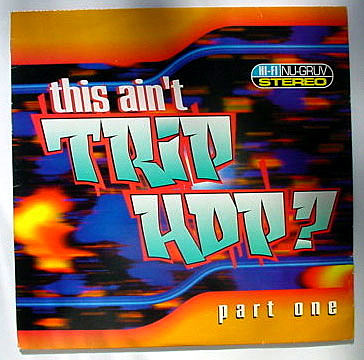 Domino are proud to announce the release of Knowle West Boy, the new album from Tricky, on Tuesday, September 9, 2008 (out July 7th in the UK). The release finds the artist seizing his roots and detailing the travels and travails of his youth, resulting in a record that acts as an eclectic aural history of his diverse upbringing.

Produced by Tricky, with Switch on additional production and mixing duties, Knowle West Boy was recorded in London and LA and is the summation of everything that Tricky has accomplished since his 1995 Maxinquaye debut. The album's first single "Council Estate" will be released this summer. A teaser of the stunning new video is currently available now via www.knowlewestboy.com.

Named after the Brixton urban ghetto where Tricky grew up, the underpinning theme of the release is rediscovery: the American exile finding the joy of making music again; the experienced player recalling the struggle of being Knowle West's very own Tricky Kid, the weird but defiant teen outsider who knew that with enough lust for life you could become a superstar.

The album finds the artist reaching into the post-punk, Two-Tone, reggae, hip hop and pure pop he grew up adoring and twisting it all into surreal songscapes. From the sardonic bar-room blues of "Puppy Toy," to the haunting quasi-classicism of "Joseph;" to the bereft torchery of "Past Mistake;" to the Roxy Music's The Bogus Man-at-the-dancehall art-stomp of "Bacative;" Tricky uses his astonishingly eclectic band and a host of great undiscovered singers to create the most varied and accessible set of his career.

Tracklisting is as follows:

18 Apr 2008 - We know Massive Attack are releasing a new album this summer, and now we have a major clue as to it's sound.

Horace Andy is one of the best known vocalists with trip hoppers Massive Attack. The reggae legend, famous for his falsetto vocals, added his distinctive voice to tracks like One Love and Five Man Army from their debut Blue Lines and Angel from their third album Mezzanine, to name a few.

Horace Andy dropped into the 6 Music studios as he is over here playing some live shows, and says he's already been recording tracks for Massive Attack's next instalment:

"They send the lyrics for me to learn, I've done three tracks. I never know what they are going to choose, I am supposed to be going up to Bristol very soon. Four years now and they haven't come with an album yet, if I was to stick around and wait on Massive, man, oh my God..." [BBC] 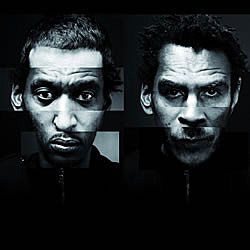 Massive Attack are curating this year's Meltdown festival held at the Southbank Centre, London from Saturday 14th to Tuesday 24th June have announced an eclectic line-up of artists and screenings for this year.

Other highlights will include Vangelis' Blade Runner Soundtrack performed live by the Heritage Orchestra, and mixed by Massive Attack. Screenings of Taxi to the Dark Side, Blade Runner: The Final Cut, The Night James Brown Saved Boston, Shane Meadow's Somers Town, In Prison My Whole Life, and BUG: Massive Attack's Videos. Plus there will be pre-show sessions with Trojan Sound System And Blast Theory's Day Of The Figurines. [efestivals]

Pitchfork says that Dave Sitek is also rumored to be working with Massive Attack on their new album.