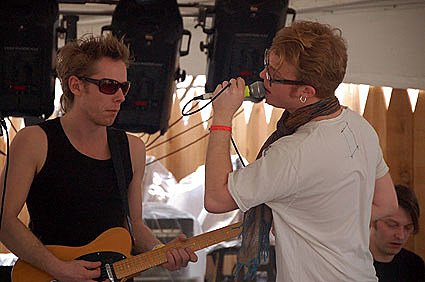 SXSW day shows are what they are. My Thursday day show with AAM during SXSW this year (March 15, 2007) was in a semi-remote location on a week day, and up against a zillion other day shows going on at the same time. That said, the show was a huge success, but not that many people showed up right at noon when we started. That's when Norway's New Violators went on - right at noon, but they handled it really well. They mostly spoke in Norweigian so it was hard to understand, but I think they were joking a little at how silly the whole thing seemed. 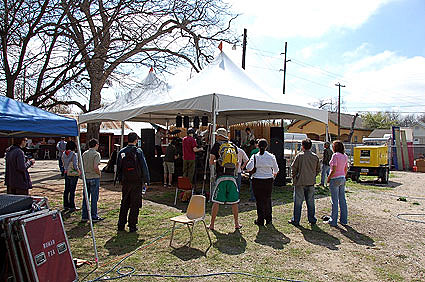 All I could think about during their set was how much fun it would be to see them fully awake, at midnight, and at a packed club full of drunk dancing people (myself included). Then again, it was awesome that we were getting our own private show right there outside in Texas at the Scoot Inn.

Anyway, they were great, but you probably won't think so if you get too caught up on WHO the band sounds like. Instead just enjoy their catchy-dancey-big-synth-eighties sound. They're completely "fun", amusing, talented, and they have the charisma - even if at times they seem just like a really good cover band (listen @ MySpace).

I didn't see any of their other SXSW or NYC shows so far, but I'm hoping to catch them at least one more time while they're in NYC this week - and hopefully next time at something like a Mother f*cker party, or Studio B or something. 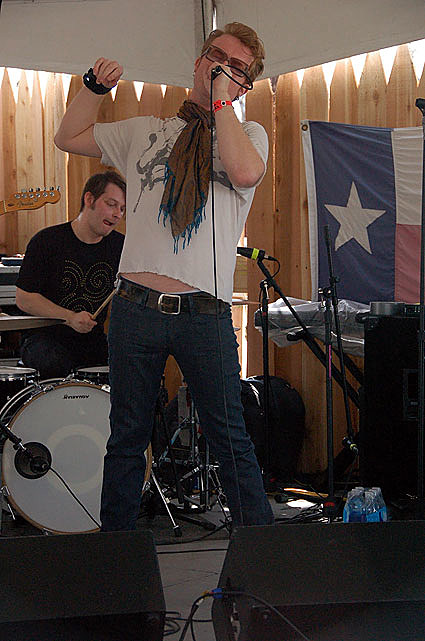 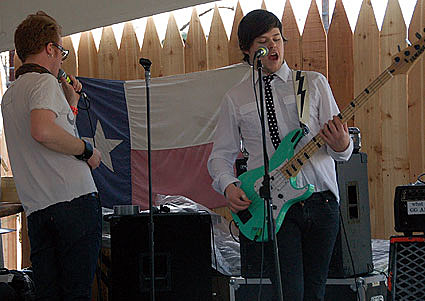 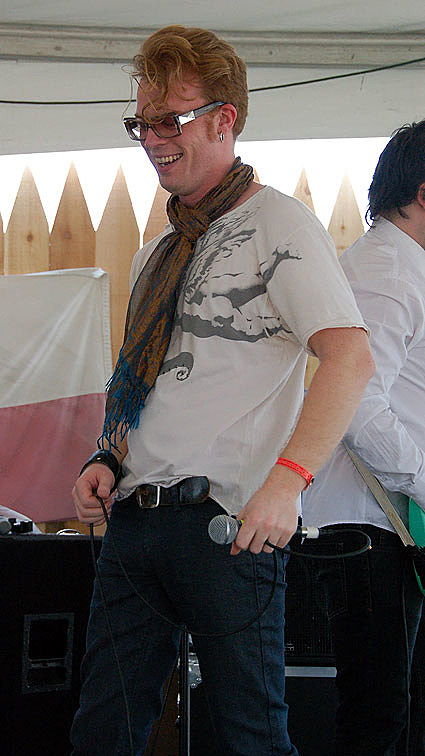 They played Stereogum's show too, and the Village Voice wrote something about them.