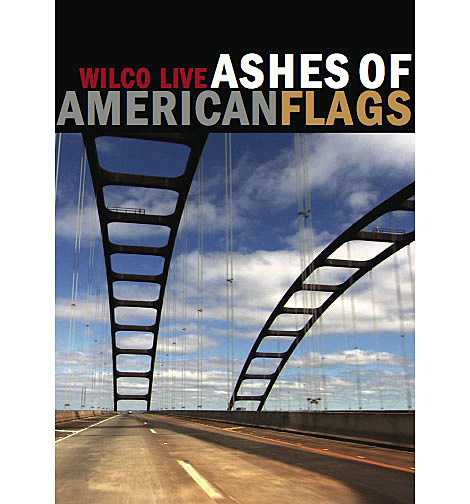 The forthcoming and still-untitled next Wilco album is nearing completion. Jim Scott and the band spent the last few weeks mixing in Jim's studio in Valencia, California and [below is] a list of song titles spied on the reels -- note this is not necessarily complete and not in sequence.

Rumors and blogs regarding a guest appearance on that last track are, amazingly, quite true. Feist does indeed lend a great vocal to You and I. Other details will emerge in the coming weeks. The release is currently scheduled for late June on Nonesuch.

Wilco's live concert film "Ashes of American Flags" will have its New York premiere on Monday, April 13 at the IFC Center as part of Movie Night with Fred Armisen, go here for more details. The film had its world premiere February 20 at the Big Sky Documentary Film Festival in Missoula, Montana where it won an award for Best Cinematography. The DVD is now available for pre-order via the Wilco store by clicking here.

More information about the film is available at ashesofamericanmovie.com, including a full screening schedule and we've just added a Google calendar as well which you can access here. The DVD release via Nonesuch Records is set for April 18. You can watch the trailer here, and [BELOW].

The film was co-directed by Fugazi's Brendan Canty who will also be at the IFC screening in NYC on April 13th. He, co-director Christoph Green and Fred Armisen will be discussing the movie after the show. Tickets are still on sale.

Wilco don't have any NYC dates coming up, but Fugazi member Joe Lally does, as does but Feist. She plays the Dark Was The Night fundraiser at Radio City Music Hall on May 3rd.

Wilco member Nels Cline has also been playing guitar as part of the Jenny Scheinman Trio at the Blue Note here in NYC. You can catch them twice a day tonight (4/9), Friday, Saturday and Sunday.

No other Feist dates at the moment, but all Wilco ones, and the movie trailer, are below...