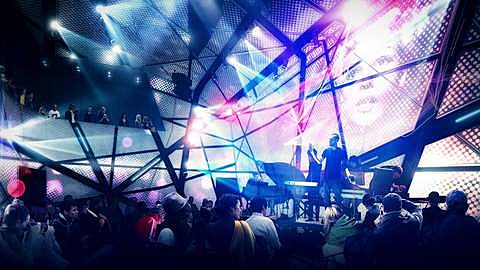 Williamsburg has a new music venue opening soon: Original Music Workshop (OMW) which is a 13,000-square-foot former sawmill on N. 6th and Wythe that is getting a $15 million renovation, and doesn't sound like it's going to be just another place to see a rock band:

As an artistic incubator, OMW offers space and support to both composers and musicians for rehearsal, recording, editing, performance, and dissemination. OMW will serve the 21st century artist, one who is mostly artist but often part entrepreneur and part education. Programming will appeal to a wide range of audiences, from the devoted patron of classical music or jazz to the experimental music devotee to the casually interested music fan.

While the spot won't officially open until late 2013, the unfinished space will host a performance called "Skyful" on Thursday, September 13 which will be hosted by WQXR's Terrance McKnight:

SKYFUL will be a celebration of space through a site specific peformance by guest and resident artists.

You can request tickets to "Skyful" here. If you can't make it to the show but are still interested, "Skyfall" will stream live via WQXR beginning at 8 PM EDT. For more info on OMW, visit their website.