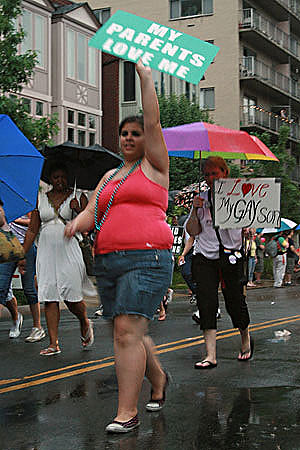 The new Wolf Parade album "At Mount Zoomer" is streaming @ AOL (so is Adele, Tilly and The Wall, Verve Remixed 4, and other stuff).

Tickets are still on sale for the 2nd Wolf Parade show at Terminal 5 in New York City. All dates HERE.

In unrelated news, "Bonnaroo attendance down slightly". Check out some videos of Broken Social Scene playing Bonnaroo (which just happened this past weekend in Tennessee) below...

"It definitely unleashed the monster," says Brendan Canning, Broken Social Scene's founder, of the success of labelmate Leslie Feist. Standing barefoot in the kitchen of his detached row house off Bathurst and Front and warming up a stir fry hours before taking his band to Moscow, Canning breaks down the monster's growth.

"We're in phase two or three in the whole Canadian music, Toronto rock scene," says Canning, 38. "Phase one would have been the popularity of Wavelength, a show that went on at Ted's Wrecking Yard, that's where we first played."

That was in 2000 with Kevin Drew, Andrew Whiteman and Justin Peroff. The next leap, according to Canning, was his band's 2003 release You Forgot It in People, the first album on Toronto-based Arts & Crafts records, which received attention on Pitchfork and featured four tracks with Feist.

"Arcade Fire was phase three and now, at the end of it all, Kevin and I putting out solo records, maybe this is phase four - who knows?" [National Post]

Broken Social Scene has a new album and a Brooklyn show coming up.

Check out some videos of Metallica playing Bonnaroo HERE.