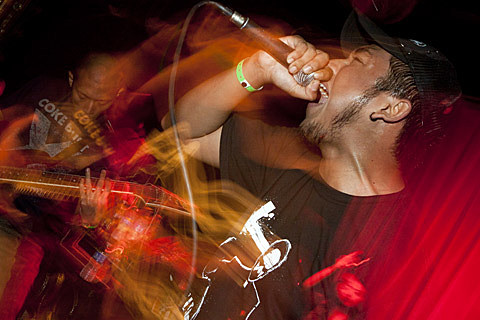 I nominate Wormrot as the best band to cover Yeah Yeah Yeahs. Check out an older live video below. The band doesn't cover Yeah Yeah Yeahs again on their new release for Scion A/V, the aptly titled Noise, but they do bring their same brand of speed treatment to the five tracks that bless this foul and blistering release.

One of those new tracks, "False Assumption", is available for the first time in this post. Listen below. Another track, "Breed to Breed" is at this link, and a third, "Outburst of Annoyance", is at Metalsucks. Get the whole thing via the label on Tuesday.

Wormrot released their latest LP Dirge earlier this year, and for FREE. Get it now.

So far no new US dates to report on, but check out that new track and some video below...