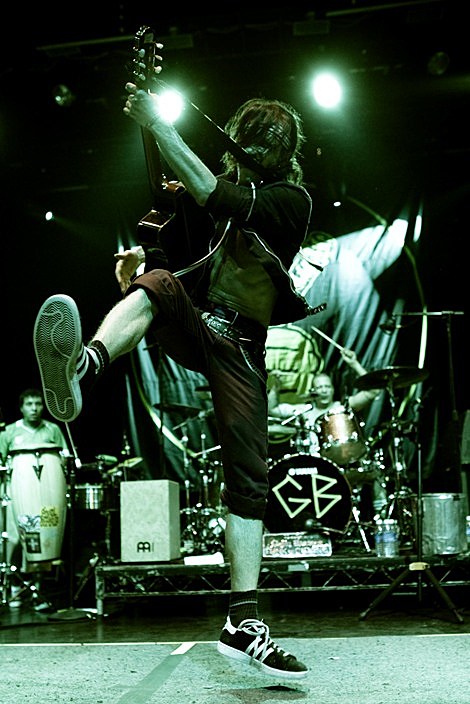 Once again, we're approaching the new year, and as always, there are tons of ways to celebrate in NYC with a number of different New Year's Eve shows.

Gogol Bordello are returning to NYC to play Terminal 5 on December 30 and 31. Tickets for both shows are still on sale and we're also giving away a pair. Details on how to win are below.

Deer Tick will play Brooklyn Bowl on New Year's Eve. Tickets are still available and also available is a combo package that allows you entry to see the Deer Tick show and the Lucero show which happens at the same venue one night earlier (12/30).

Los Lobos, who, along with Deer Tick, have members in the new supergroup Diamond Rugs, also play NYE in NYC at City Winery. They're playing two shows at the venue and tickets for the early show and the late show are still available.

Ted Leo and the Pharmacists will be in the NYC-area for NYE to play The Bell House on 12/30 (tickets) with Obits and Maxwell's on 12/31 (tickets). Comedian Kurt Braunohler opens both shows.

O'Death plays Spike Hill on New Year's Eve with The Woes. Tickets are still on sale.

A few similar electronic shows will happen on NYE, including AraabMuzik, Balam Acab, Light Asylum, Laurel Halo, and Run DMT at 285 Kent, a Laurel Halo DJ set at Zebulon and Nosaj Thing, El Topo (aka Nicolas Jaar associate Dave Harrington), and others at Glasslands. Tickets for the 285 Kent show and the Glasslands show are still on sale.

Another similar option would be the Cheryl dance party at Public Assembly (12/31) with a live set by Midnight Magic. Tickets are on sale now. The Underground Rebel Bingo Club is also throwing a sold out party in Public Assembly's back room.

There will also be DJ parties at Cameo Gallery (tickets) and Santos Party House (tickets).

Mister Saturday Night hosts a party at House of Yes.

Laidback Luke, who will set sail on the Holy Ship! cruise in the beginning of 2012, will be throwing a party at Pacha in Manhattan (warning: avoid at all costs). Another HARD-approved artist, Nero, will be at Webster Hall for an after-hours party, starting at 3:30 AM. Tickets for the party are on sale now (and is also probably somewhere you don't want to be).

Two Daptone Records affiliates will be in NYC on NYE. Charlies Bradley and The Budos Band play Music Hall of Williamsburg and Lee Fields & the Expressions with Sugar Pie Desanto will play The Bell House. Tickets for the Charles Bradley show and the Lee Fields show are still available.

For a different type of soul show, Fitz & the Tantrums are playing Gramercy Theater on NYE, but that show is now sold out.

The Stone is throwing their annual end of the year improv party with John Zorn, Thurston Moore, and others.

Like he's done in the past, Chuck Berry will be playing two shows at BB King's on New Year's Eve. Tickets for the early show and the late show are on sale now.

In addition to Phish, another jam band option is Gov't Mule's two night run at Beacon Theater from December 30-31. Tickets for both shows are on sale now. Infected Mushroom is at Best Buy Theater.

The Fleshtones, Todd Youth All-Stars, The Waldos (featuring Walter Lure of Johnny Thunders' band), The Threads, Richard Bacchus & The Luckiest Girls, and The Dead Tricks will play Bowery Electric on 12/31 with a "surprise rockabilly legend." Tickets are on sale now. The flier for this show is above.

Patti Smith will do her usual run at Bowery Ballroom (12/29-31) but all three shows are now sold out.

In other NYC proto-punk news, New York Dolls will NOT be playing Irving Plaza on 12/30, the show has since been cancelled. 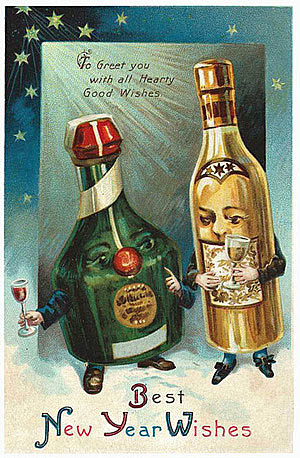 Details on how to win Gogol Bordello tickets below...

--
To WIN TIX to see Gogol Bordello at Terminal 5 on New Year's Eve: Email BVCONTESTS@HOTMAIL.COM (subject: Gogol Bordello). Include your first and last name, and don't worry, your info won't be used for any malicious purposes. The winner will be contacted with more details. Good luck! 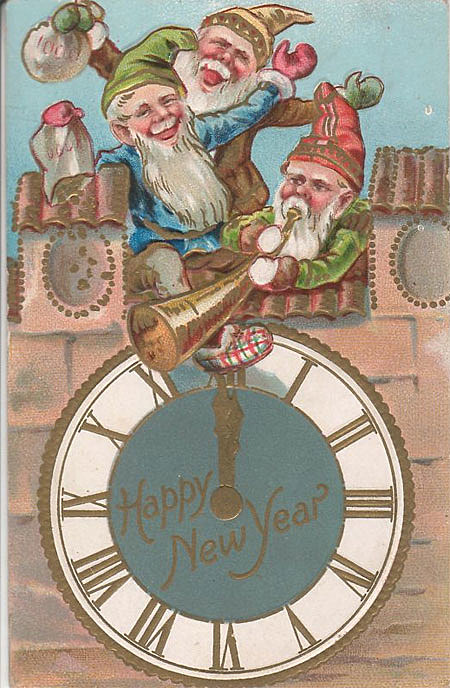