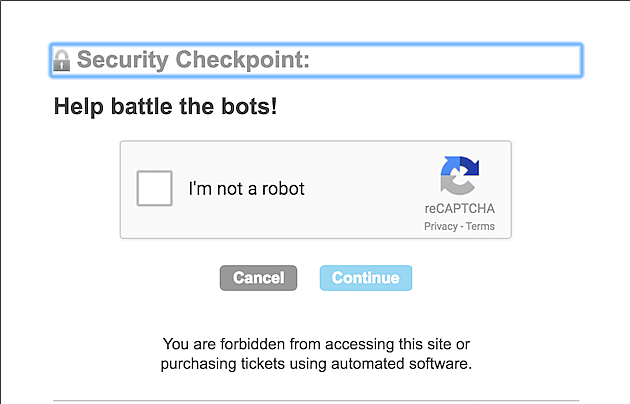 New York Governor Andrew Cuomo has signed the legislation making use of "ticket bots" illegal. Under the new legislation, individuals who resell tickets they know were obtained using ticket bots will also face new penalties. The law also establishes a class A misdemeanor for using ticket bots, "maintaining an interest in or control of 'bots,' and reselling tickets knowingly obtained with ticket bots. Violators could face substantial fines and imprisonment." More from the official press statement:

“These unscrupulous speculators and their underhanded tactics have manipulated the marketplace and often leave New Yorkers and visitors alike with little choice but to buy tickets on the secondary market at an exorbitant mark-up,” Governor Cuomo said. “It’s predatory, it’s wrong and, with this legislation, we are taking an important step towards restoring fairness and equity back to this multi-billion dollar industry. I thank Attorney General Schneiderman and the sponsors of this legislation for their diligence and hard work to pass this much-needed measure.”

Hamilton creator Lin-Manuel Miranda was one of the people who worked with New York Attorney General Eric T. Schneiderman on the legislation. According to Senator Andrew J. Lanza (the prime sponsor of the legislations), this law "represents the strongest ‘anti-bot’ legislation in the nation," which "will increase penalties for those who use Bots, help stop ticket price gouging and ensure that consumers have a fair chance to purchase tickets to their favorite sporting events, concerts and shows."