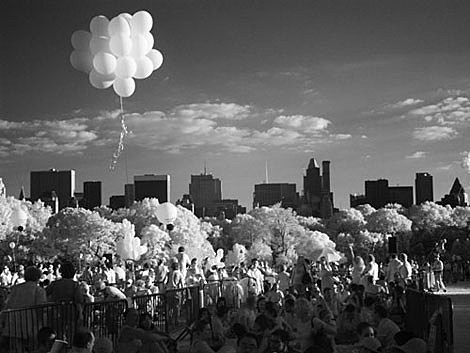 This July, the New York Philharmonic will play free outdoor concerts in all five NYC boroughs. Two shows are set for Manhattan, while Brooklyn, Queens, Staten Island and the Bronx each gets one... which is one more than Long Island's East Islip. The NY Phil has been performing annual free shows in the town for more than 30 years, but had to cancel its appearance at this year's concert, "cit[ing] the current economic downturn and a resultant loss of sponsors." The Long Island Philharmonic has announced it will take the group's place at the July 18th event.

At least the New York Phiharmonic is doing better than the Brooklyn Philharmonic. The 50+ year old group (vs. the NYP's 150+ years) was less well-equipped to deal with funding losses and recently canceled the remainder of its 2009 season. That's in addition to being sued by a composer who claims the orchestra "'butchered' [his] piece to avoid paying musicians overtime."

Recent Brooklyn Phil shows, that didn't get cancelled, include one with Grizzly Bear and Final Fantasy, and another with Clogs and Bell Orchestre.

The NY Philharmonic also has an upcoming free Memorial Day show. That concert will take place at Cathedral Church of St. John the Divine on Monday, May 25th.

Last year, the NYP ran a photo contest -- the above snapshot was last year's winner in the "Overall Favorite Shot" category.

All free outdoor dates below...

Saturday July 18th at 8 p.m.
College of Staten Island at the Center for the Arts, Staten Island
(no fireworks)

[Thanks Newyorkology for the tip]