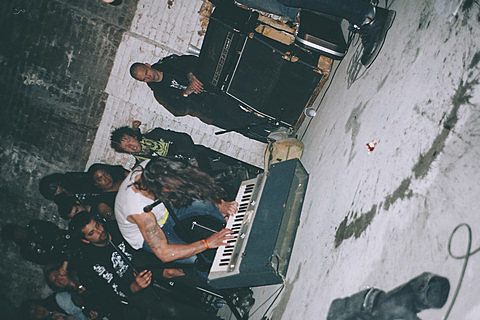 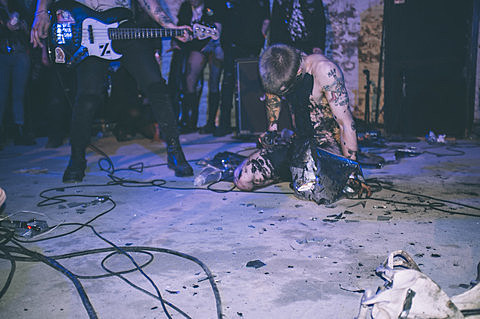 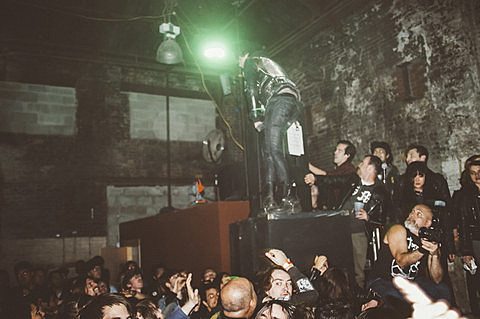 We caught both NY's Alright shows at The Wick, including 4/17 with Dawn of Humans, Contingent, Blotter, Asile and Goosebumps: and 4/20 with Hank Wood & the Hammerheads, Die, Savageheads, The Impalers and Razorheads. A set of pictures from both of those days are in this post.

unARTig was there too, and got videos of many bands at the festival, including Lumpy and the Dumpers at 538 Johnson on 4/19 which resulted in the slow-downed 11-second viral video of a boy in the audience getting hit by fireworks. Check out The Dumpers' full set, the fireworks meme, and more pics from The Wick, below...

The Dumpers Present: Boy hit by fireworks in NYC 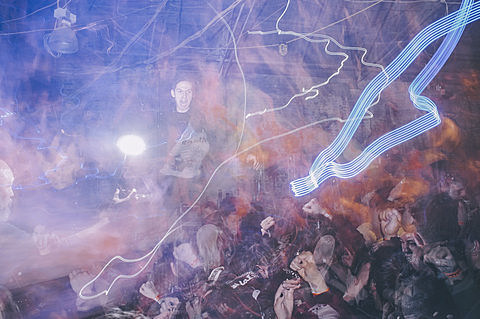 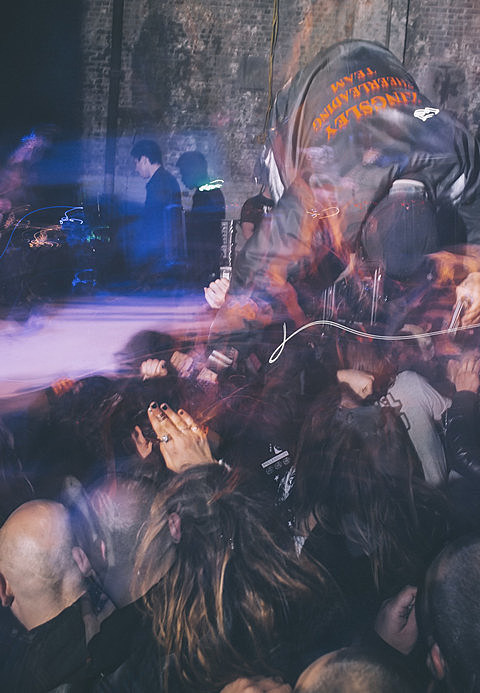 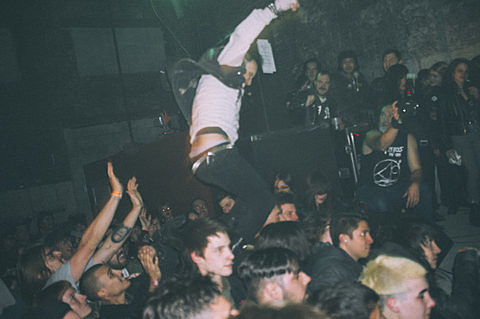 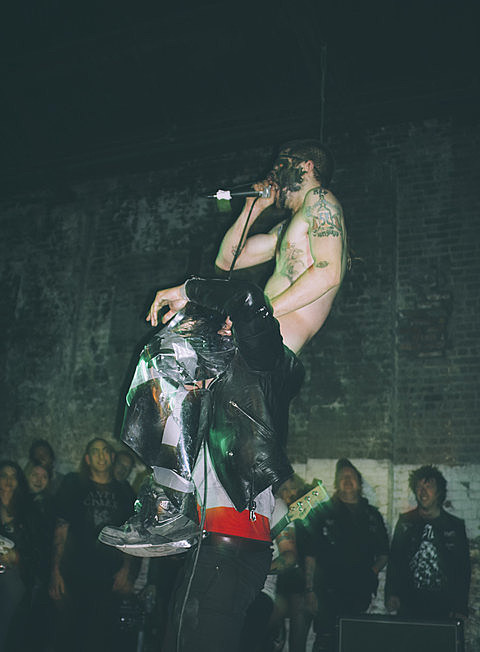 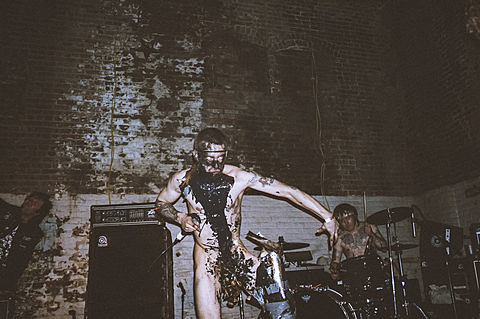 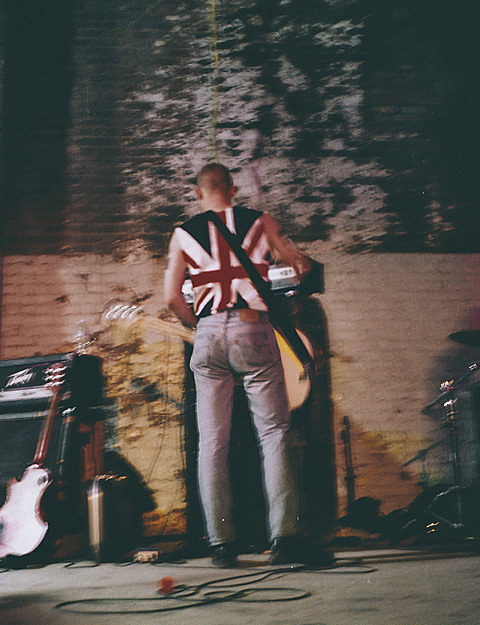 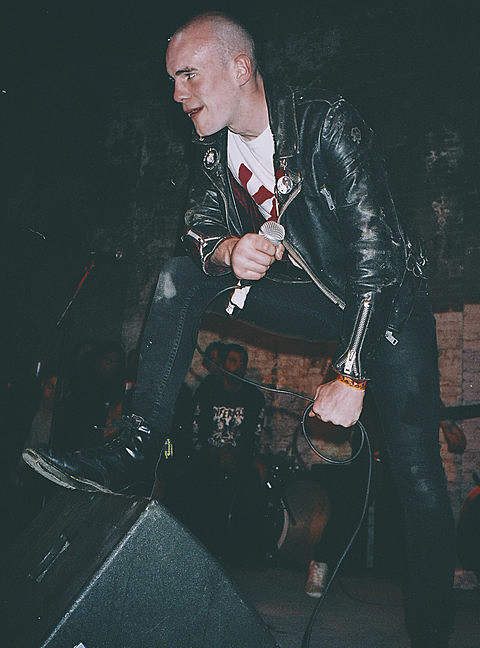 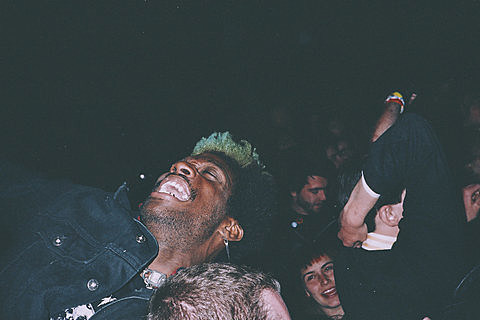 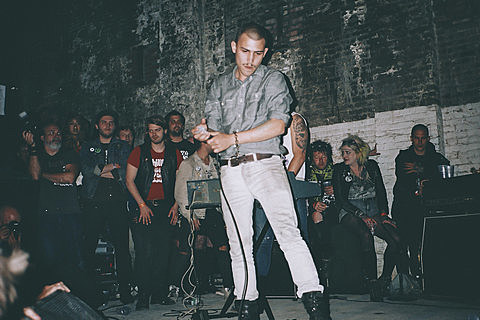 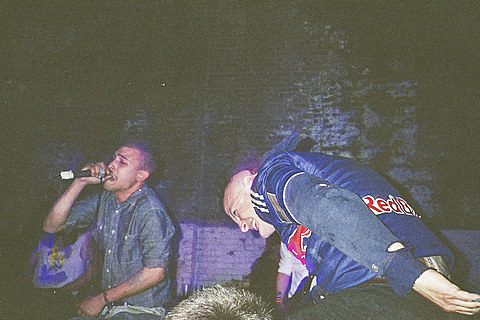 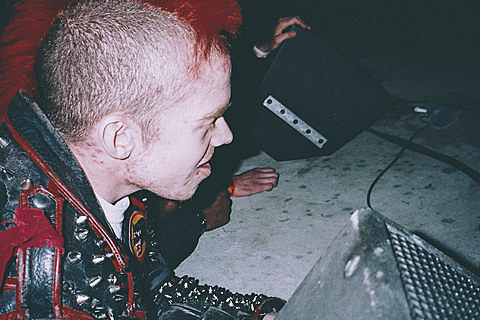 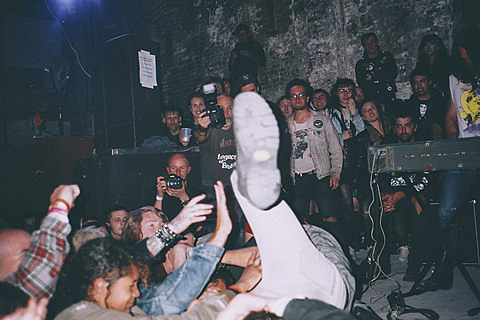 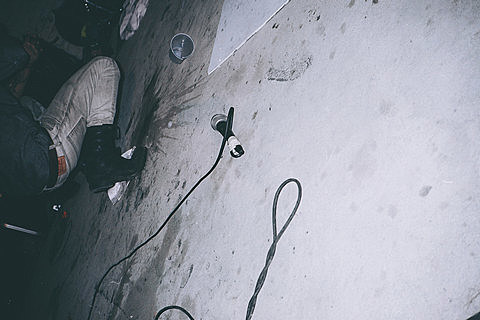 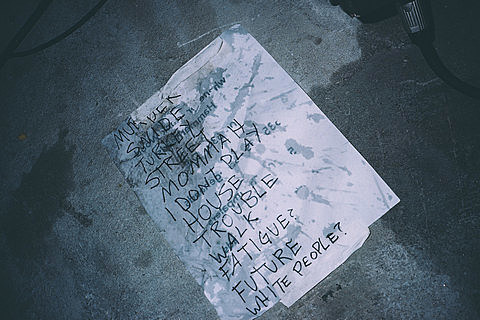