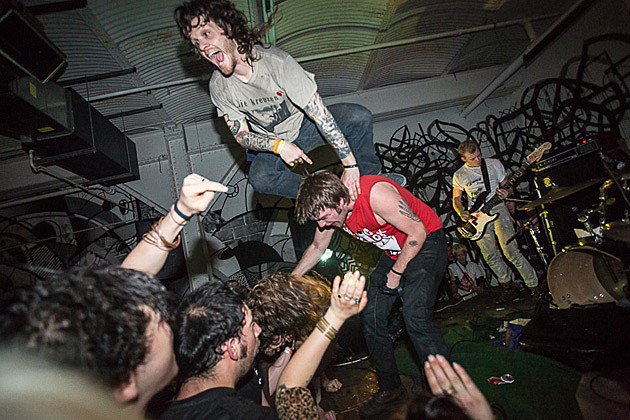 If you were anywhere near The Acheron, 285 Kent or Le Poisson Rouge this weekend, you might have notices the masses of leather jackets, studs, spikey hair, and general attitude. For four days (April 18-21) New York's Alright took those venues with sold-out shows at 538 Johnson, Acheron, Saint Vitus & 285 Kent and featuring bands from as far as Japan and Spain. Nihilistic, explosive punk rock shows took place during the day and at night, and included names like Hank Wood & the Hammerheads, Rival Mob, Culo, Hoax, Crazy Spirit, Green Beret, Dawn of Humans, Glam, Stagnation and many many more. Check out some pictures of the insanity at InvisibleOranges.