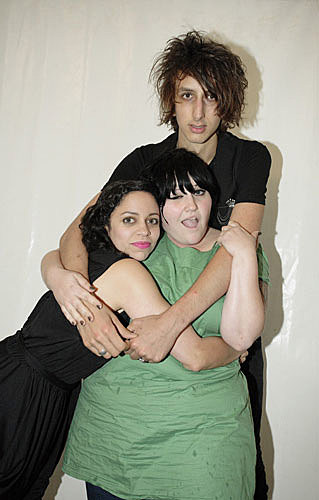 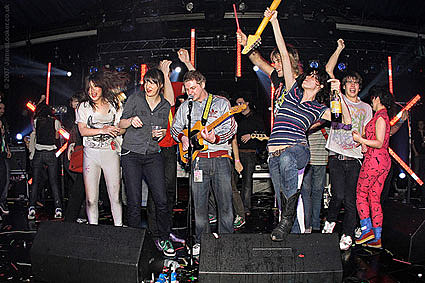 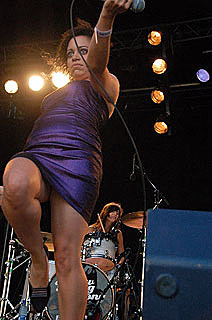 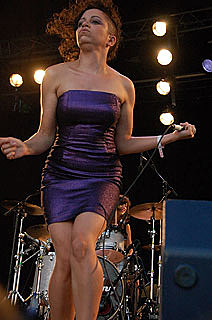 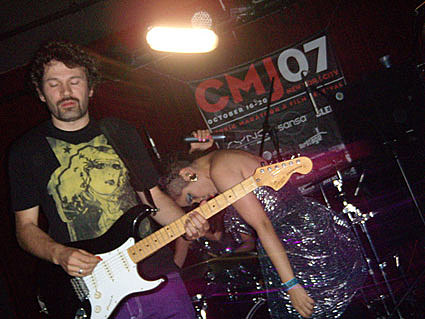 For nearly everyone in the room, it was a total dance floor stormer. The place was going mental even without the near constant cheerleadering of singer Tahita Butler and the unexpected note-for-note cover of Technotronic's "Pump Up the Jam" sent the crowd over the edge. For me, the muddy sound (could not hear Spence's guitar at all, though it could've been my ears, damaged by Biffy Clyro's set at the Fader Sideshow earlier that day) and my waning energy level had something to do with it. There was also the pervasive, putrid smell of vomit -- provided, I'm guessing by the passed out girl by the railings -- that helped to sour the evening for me. But even a year later, "Ice Cream" was still pretty sweet. [Sound Bites]

I didn't love New Young Pony Club when I saw them again at Oya over the summer (partly because they went on right after Justice I think), and that's partly why I didn't make it to the CMJ show that Sound Bites reviewed above - a Modular party that Muscles also played at Studio B in Brooklyn in October.

Softlightes (another Modular artist) is playing with Justice and Peaches in Los Angeles on New Years Eve. Muscles will open for Daft Punk five times in Australia this December. New videos and tour dates by all these Modular artists, below.....