My New Years resolution is to start posting show recaps in a timely manner again... 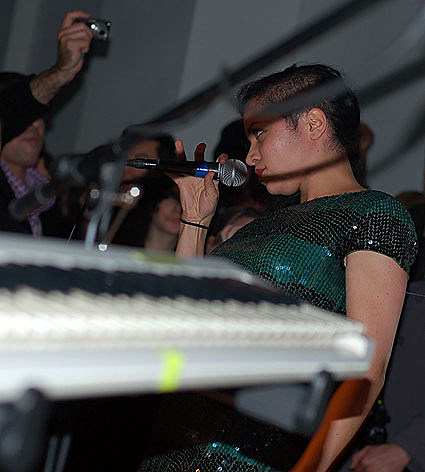 Last Saturday night (December 9, 2006) I found myself at the "White Room" in Williamsburg. It's a new venue that opened during CMJ -- and an art space. It's literally just a big open white room that feels like it might be part of a public school. It was the Modular Records Christmas party, and it was the NYC debut of the UK's New Young Pony Club.

"Mutual friends introduced now London-based vocalist Tahita Bulmer and guitarist Andy Spence in 2004, who shared a love of punk rock and dance music, from Gang of Four to Tom Tom Club. The founding pair began writing together, originally only for Tahita to perform. Andy later assumed a larger role when they decided to form a proper band, so the duo recruited the single-monikered Lou (keyboards), Igor (bass), and Sarah (drums). Modular picked them up just over one year later."[SPIN]

The night-before @ Annex was supposed to be the band's NYC debut, but Tahita needed to rest her voice so they cancelled that show. I think the voice issue was also the reason they only played for like 25 minutes on Saturday night -- regardless, it one of the best shows I saw this year.

"It went relatively well considering I had a sore throat," she explained. [NME]

Sound Bites compared it to the first time he saw Franz Ferdinand.

I can never put my finger on what "it" is, but one thing is for sure -- New Young Pony Club have it. [Sound Bites]

I felt the same thing, but was thinking of the more-recent live hit Love Is All. 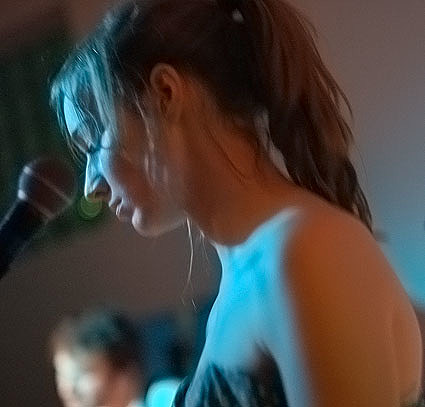 Live = awesome, but so far I'm not AS blown away with their 80s-dancey recorded stuff. Luckily we should have the chance to see them again when they return to the USA to play SXSW in March of 2007. 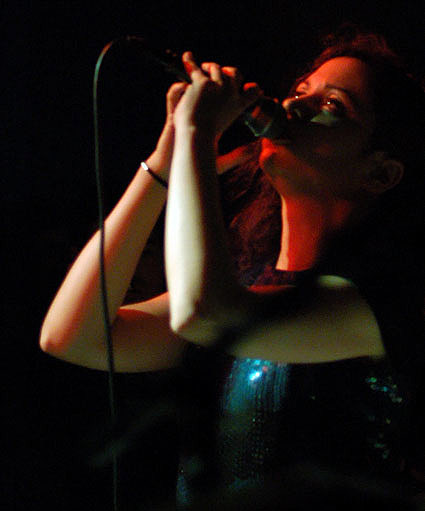 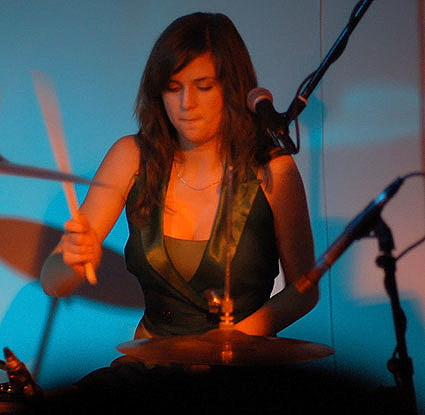 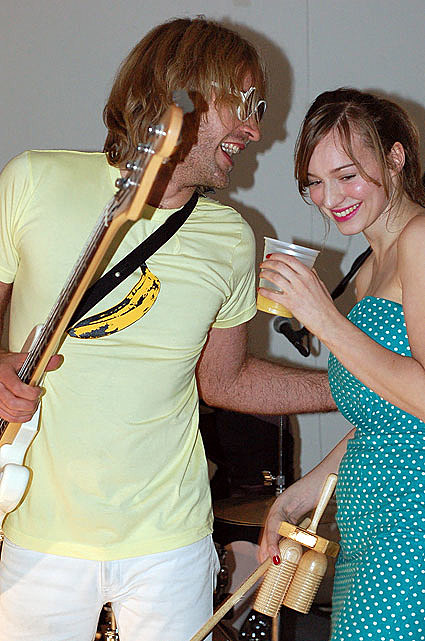 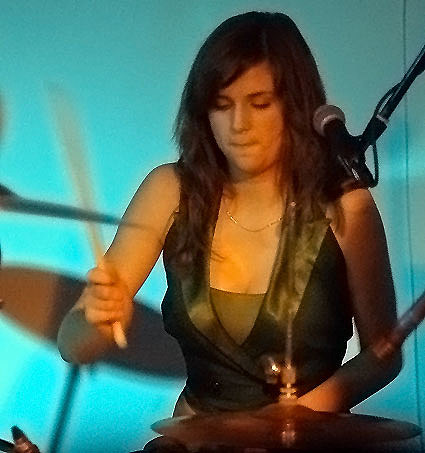 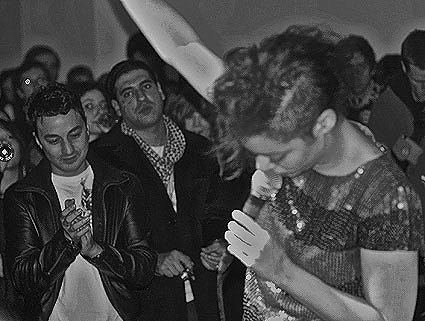 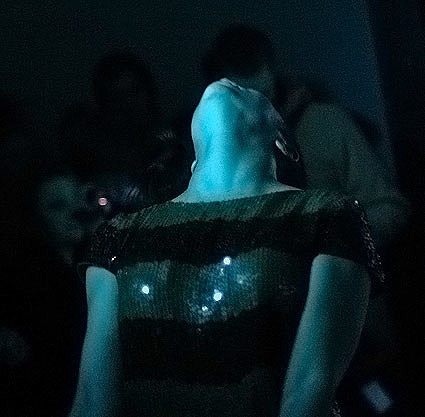 there's a video from the show at YouTube. Productshop was also there.