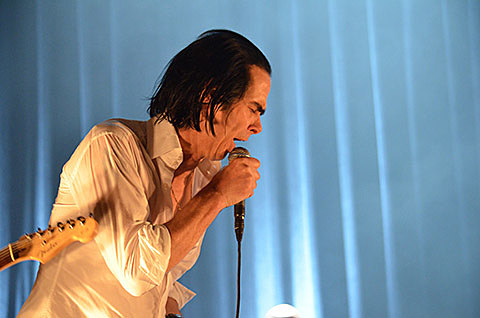 Visions of murder, catastrophe, transfiguration and desperate love issued from the Beacon Theater stage on Friday night, set to dirges, stomps and inexorable crescendos. Nick Cave and the Bad Seeds -- along with a string ensemble, the backup singers Sharon Van Etten (who opened the concert) and Shilpa Ray, and a youth choir, the Harlem Voices -- were midway through a sold-out three-night stand. Songs from their new album, "Push the Sky Away" (Bad Seed Ltd.), started and ended the set. In between they revisited material recorded over the last three decades.

Mr. Cave has forged a clear identity from the start. The Bad Seeds, formed in 1983, were the more measured successors to the wild-eyed post-punk of his first major band, the Birthday Party. With the Bad Seeds Mr. Cave decided to take his time, intoning bleak, extended reveries steeped in the blues, the Bible and images of humanity pushed to extremes of violence and passion. The Bad Seeds, through various lineups -- most members of the current band have been with Mr. Cave since the 1990s -- joined him in treating songs as incantations, usually circling through just a few chords as the tension and drama build. - [NY Times]

On Saturday night (3/30), Nick Cave & the Bad Seeds wrapped up their three-night stint at Beacon Theatre with opener Sharon Van Etten who also sang back-up for Cave, as noted in the Times review above. (He also made time to hang out with the other Nick Cave.) Song selection and order varied a little, though each night opened with "We No Who U R" from their new Push the Sky Away LP and the main set closed with "The Weeping Song," "The Mercy Seat" and "Stagger Lee," and the final encore was always the new album's title track. Setlists from Saturday and Friday (3/29) are in this post.

We already posted a set of pics and the setlist from Thursday (3/28) but a second set from that show are in this post, and a few videos from various nights at Beacon are below. 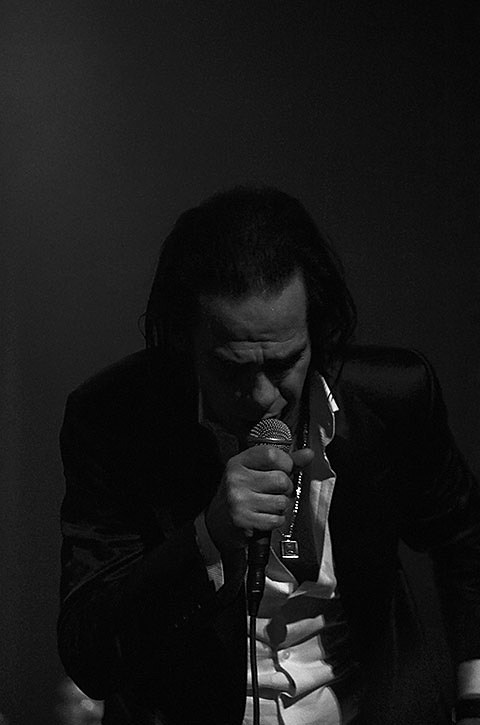 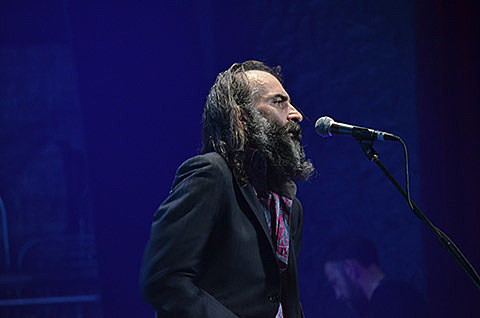 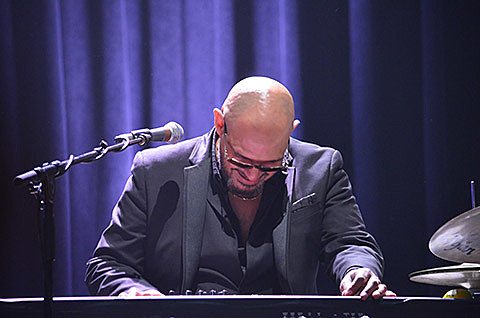 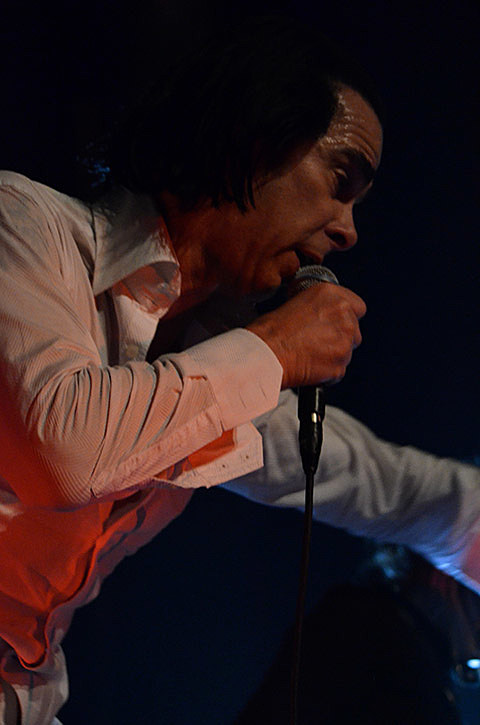 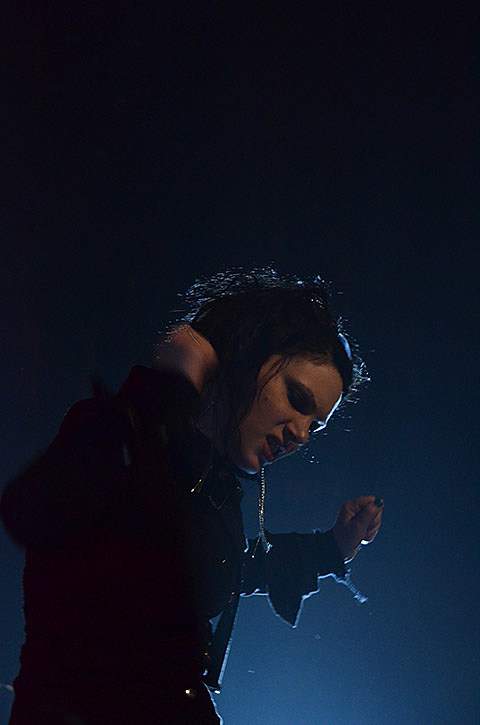 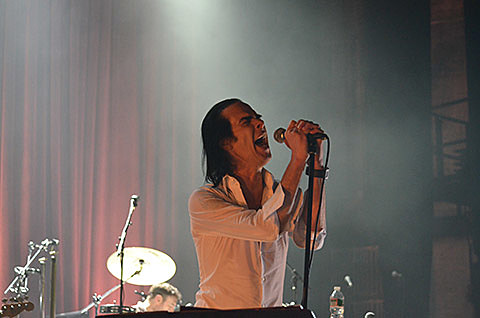 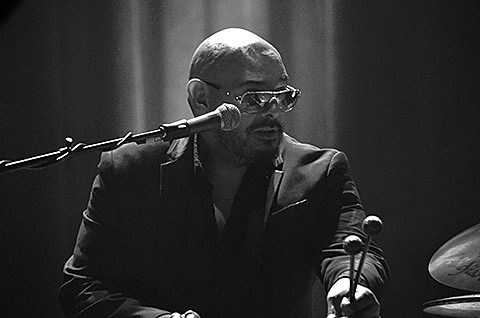 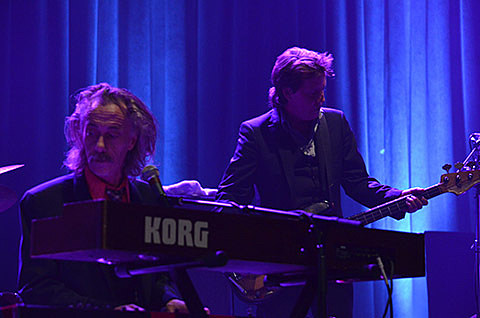 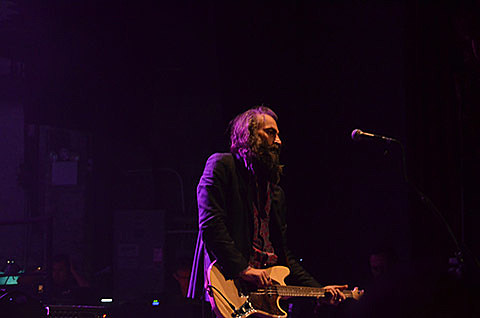 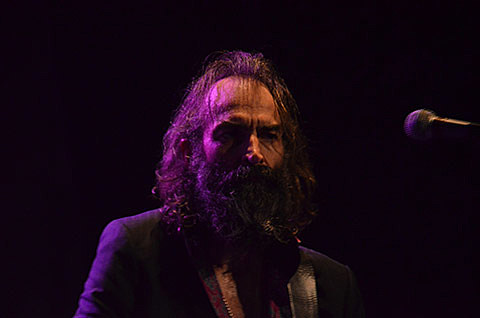 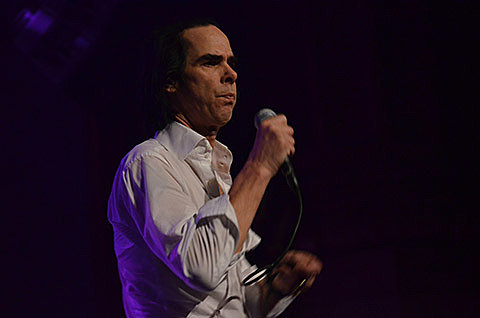 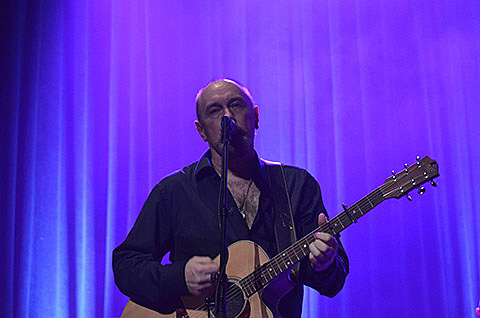 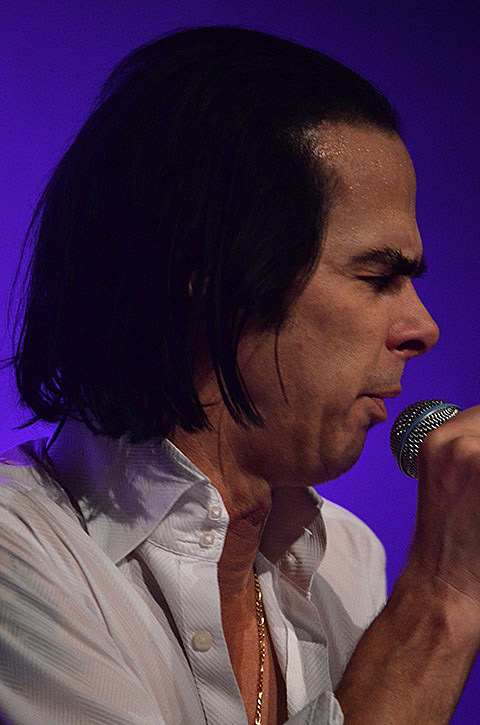 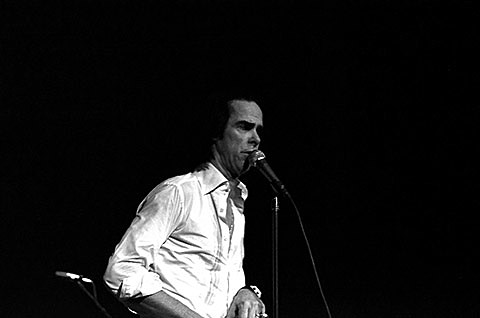 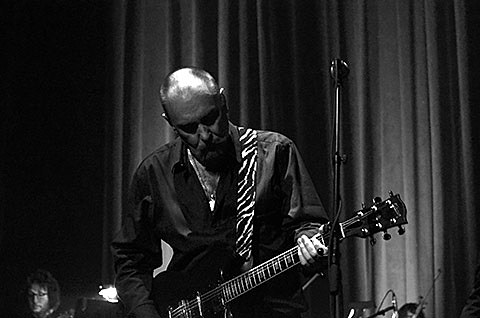 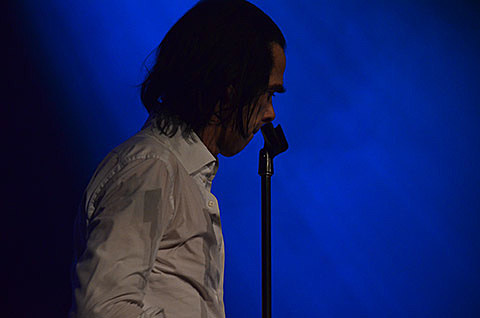 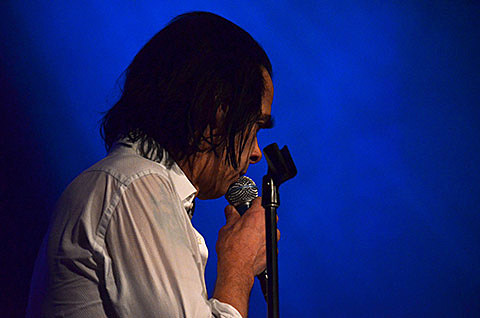 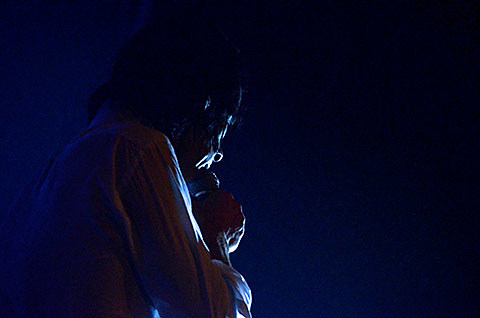 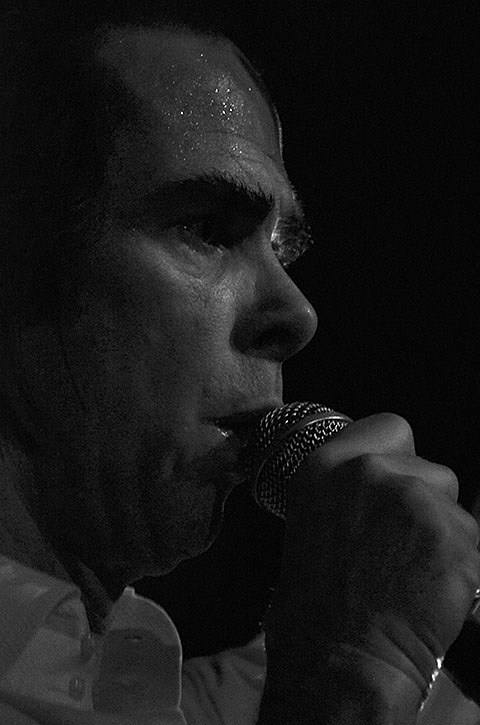 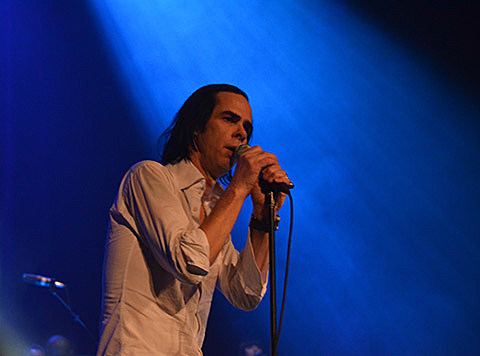 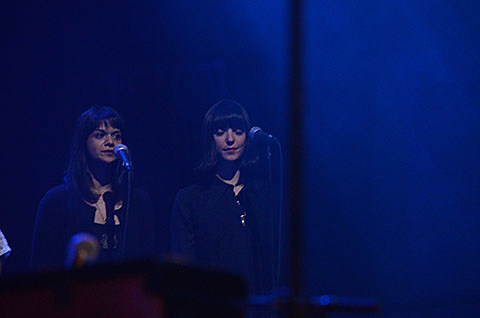 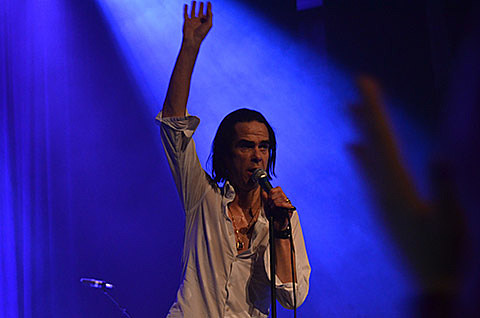 Encore:
Tupelo
Push the Sky Away

Encore:
The Ship Song
Push the Sky Away