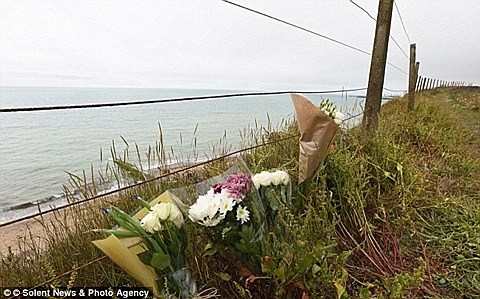 Back in July, the very sad news was reported that Nick Cave's 15-year-old son Arthur died after falling from a cliff, and now The Associated Press reports that the fall happened after Arthur had taken LSD. According to the Daily Mail, he had shared three tabs with a friend and was "freaking out." Here's how they describe it:

The teenager was tripping out so badly he 'couldn't feel what was real and what wasn't real any more' and in a final message to a friend he said: 'Where am I? Where am I?', police have revealed.

In the minutes before the teenager died he was spotted by motorists as he 'zig-zagged' along the grass on the edge of the cliff before climbing over a safety fence and toppling over, it was said.

The article continues, saying his friend "said that he recalls seeing him running around and covered in vomit but was unable to decipher whether the events were real or hallucinations." Nick Cave, his wife Susie, and Arthur's twin Earl left him a tribute at the location of the cliff from which he fell (pictured above). Earl left a note saying, "Arthur - I love you so much. You were a joy to be around. I will never forget you," and adding, "You were the best brother I could ever ask for."

You can read the rest of the sad story here.