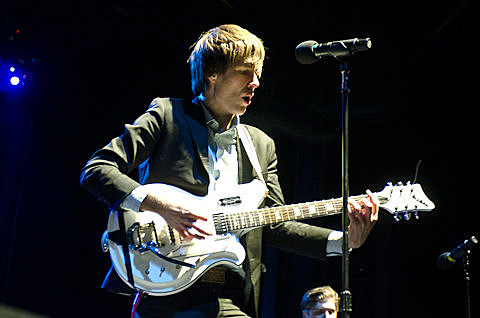 Aimee Mann and Ted Leo put out their debut album this year for their collaborative project, The Both, and they're currently on the road in support of it. The tour brings them to NYC this week for two shows -- TONIGHT (4/29) at Bowery Ballroom and Thursday (5/1) at Music Hall of Williamsburg. Tonight's show is sold out, but you can still get tickets for Thursday's show. Updated dates are listed below.

Since we last spoke, Nick Diamonds of The Unicorns and Islands was added as an opener to the tour, which means Nick will be back in NYC tonight.

The Unicorns recently discussed a possible reunion, though Nick said "it's just talk," but hopefully tonight won't be the last time he and Alden are in NYC together.

Updated The Both / Nick Diamonds dates are listed below...