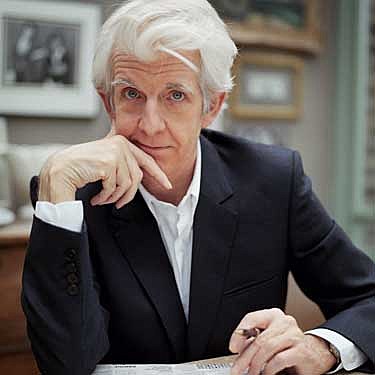 [Nick Lowe] is a rarity in popular music: an artist who enjoyed a first flush of success as a younger man, then took time to reinvent himself, embracing his maturity and advancing age. "I think of my career in two halves," he said.

Back in the 80s, a realisation struck him about pop music: "If you were in your mid-30s (as he then was) you'd had it -- unlike jazz, for instance, or country-and-western. You couldn't be too old to be a blues singer. So I thought, well, I'll find a way to use the fact that I'm getting older, this thing that everyone tries to disguise and hide in the pop business. I'm going to shove it up front and use it as an advantage.

"The way I wanted to record myself, which I knew wasn't for everybody, I'd never get mainstream success, was for my records to have a certain under-produced, handmade quality to them."

These days, then, he deliberately foregrounds his own songs: "I'm anxious to have them covered," he said. "It's one way I earn my living. I like other artists to think: 'That's a good song, I could do it better than him.' [Telegraph UK]

Nick Lowe is playing shows across the US in October. He comes to NYC's City Winery for performances on October 13th (tix) and October 14th (tix). Both of those, and other dates, will be with classic country guitarist Bill Kirchen.

Some best-of videos of Lowe and all tour dates are below...

NICK LOWE - CRUEL TO BE KIND

Nick Lowe - All Men Are Liars