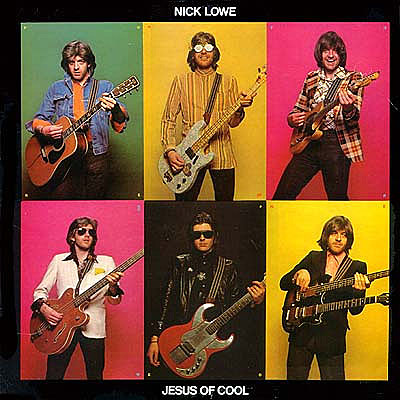 "I've known Nick over 30 years," Hitchcock said of his label mate, "and we live about two miles away from each other. Nick is a master of putting a lot into a very small space, but not making it sound crowded, and he's probably got better at it as time goes by. But unlike me, I think Nick has changed enormously over the years. Listening to something like 'So It Goes' or 'Heart of the City' and then listening to stuff off 'At My Age,' like 'Long Limbed Girl' and 'I Trained Her to Love Me' -- I'm not sure I'd even recognize him as the same vocalist.

"His stuff now to me sounds like some sort of sophisticated silver-age nightclub music from the late '50s, something from the smoke age, to be sure," Hitchcock continued, "whereas I think my stuff essentially always harks back to the Beatles of 1967 -- that's my bedrock year. Nick's just two or three years older than me, so I think his bedrock year might be a little bit earlier. I always imagine his music being cut at some old analog studio in Memphis or something. You expect this engineer to come out and show you some marvelous three-inch tape they've got or some seven-track desk that has been there since Doc Pomus was on hand." [San Francisco Chronicle]

As previously announced, Nick Lowe is playing Manhattan Center Grand Ballroom with Robyn Hitchcock on April 9th. Nick is also playing a show at Maxwell's in May (and a show for the Tribeca Film Festival). All dates below....