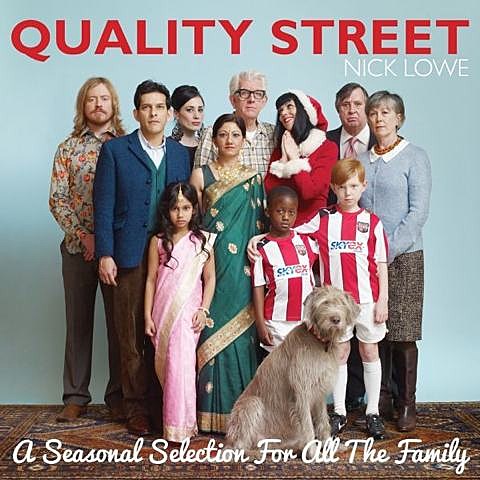 Nick Lowe was amongst the show casualties when Rough Trade were forced to cancel/postpone/move shows due to noise complaints from their Williamsburg neighbors. Nick was to have played Sunday afternoon (12/8). There is good news, though. Nick Lowe's show is being moved to Music Hall of Williamsburg. The show's Sunday at 2 PM and you do need to go to Rough Trade to buy his new album Quality Street to get a wristband for entry. Nick is also playing with Calexico backing him at Beacon Theatre on Monday (12/9) as part of the WFUV benefit that's headlined by Iron & Wine. Tickets are still available.

Speaking of, that new album Quality Street is Lowe's first-ever holiday album. A mix of originals and covers, it's the kind of enjoyable, classy affair that you expect from Lowe and he's done us the favor of refusing to put sleigh bells on it. You can stream the whole LP at Spotify and watch the video for "Christmas at the Airport" below...

Nick Lowe - "Christmas At The Airport"