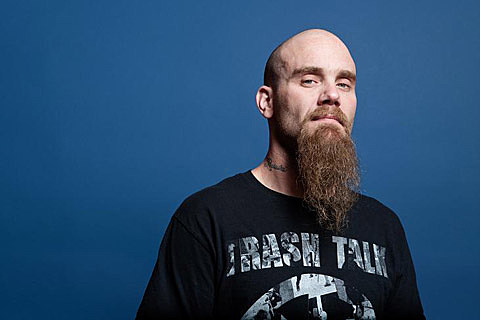 Former Queens of the Stone Age bassist Nick Oliveri has been charged with four felonies after a tense standoff with a S.W.A.T. team in L.A. last month -- and now faces up to 15 years in prison.

As we previously reported, Oliveri was arrested on July 12th -- after a fight with his girlfriend escalated into a four-hour standoff with police. Oliveri was booked on felony domestic violence -- and after police searched his home, they found a fully-loaded rifle.

But that's not all they found -- according to the charging docs, police also found cocaine and methamphetamines.

Scott Reeder (Goatsnake/The Obsessed/Kyuss) recently filled in for Nick Oliveri on bass at four Kyuss Lives shows in Europe. It remains to be seen who plays with them for the upcoming North American tour with The Sword. Tickets are still available for the September 23rd show at Terminal 5. Updated Kyuss Lives dates are below.