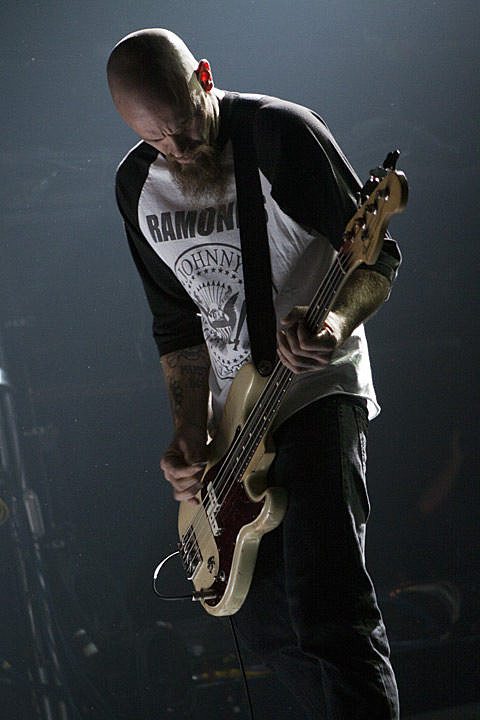 According to a Facebook post on Nick Oliveri's band Mondo Generator's page, Nick, who last year dealt with some legal trouble but is back in Kyuss, "recently recorded his vocals on a new Queens of the Stone Age song." Nick was with QOTSA on their classic albums, Rated R and Songs for the Deaf. Dave Grohl, who recorded drums on Songs for the Deaf, is back on board for this album too and Trent Reznor is also doing some work on it. Here's to hoping they get Mark Lanegan on board for a full SFTD reunion.

Dave Grohl, who was recently added to the 12/12/12 Sandy benefit at MSG, will also by the keynote speaker for SXSW 2013 in Austin.

Trent Reznor, meanwhile, has been keeping busy with his How to destroy angels_ project, who recently released their An omen_ EP and are planning a full length follow up. He just put out a video for the song "Ice Age" off that EP, which was directed by John Hillcoat (The Road, Lawless). You can watch that video below.