The Books @ Prospect Park over the summer (more by Ryan Muir) 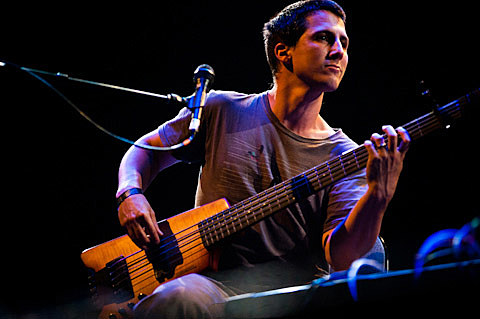 Nick Zammuto of NYC experimentalists The Books announced a new project on his blog back in June called Zammuto. The message on his blog read:

I'll be working on the new record throughout the summer (and for however long it takes), and whenever I have a 'working draft' of a new track, I'll post it for a couple days. These won't be 'finished' versions, when I have a solid albums worth I'll revisit all the tracks to pull album together as a whole. Hope you like it!

So far, he's got three tracks under the Zammuto moniker on his soundcloud, and you can download them above and stream them below. He first revealed "Yay" simultaneously with the announcement of the project. That track is centered around a spastic cut-up vocal that literally sounds like a broken record. He's since followed it with "Groan Man, Don't Cry" and "Too Late To Topologize" which are both great cuts of robotic vocal manipulations and busy drumming.

None of those three tracks appear on the single for "Idiom Wind" which is coming out as a limited 7" in the UK right after Christmas. You can order that now - digital copies too, at Bandcamp.

Zammuto will make their live debut this February with a few dates that include a NYC show at 92YTribeca on February 4. His live band includes multi-instrumentalist Gene Back, who has toured with The Books, drummer/percussionist Sean Dixon and bassist Mike Zammuto. The show will begin with the screening of the film Achantè, which Nick scored, and their set will also include video projections like the Books' shows do. In addition to performing their own material, Zammuto will perform "classics from the Books and some never before performed tracks from the Books." Tickets for the NYC show are on sale now.

Nick is also performing in NYC again on 2/23 as part of the Ecstatic Music Festival. The description of that show reads:

Nick Zammuto of The Books and Jason Treuting of So Percussion break away from their bands for an evening of spelling bees, homemade videos and fantastically-textured music, joined by janus, guitarist Grey McMurray and vocalist Daisy Press.

You can still get tickets for that show too.

All dates and the trailer for Achantè below... 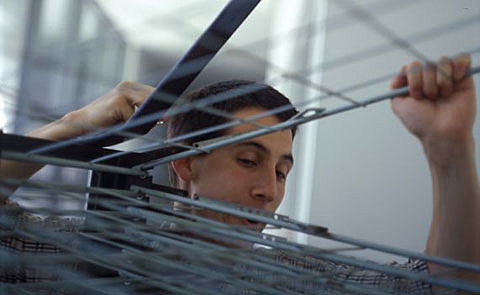 Zammuto - Too Late To Topologize by zammuto