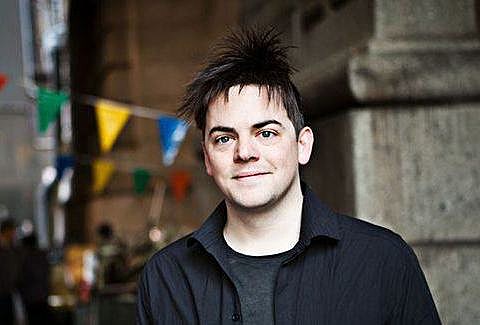 Nico Muhly's opera Two Boys, which opened last week, continues its run at the Metropolitan Opera run with five more shows through November 14, including this Wednesday (10/30) and Saturday(11/2). You can still grab tickets at the Met's website.

New York Times gave it a mostly positive review, writing "Nico Muhly has a voice, a Muhly sound, and it comes through consistently in his opera €œTwo Boys,€ a dark, ambitious and innovative work." Plot-wise, the story is a bit of Catfish-meets-Law & Order in the sense that it follows a detective trying to unpack murder mystery (and involves chatrooms and online anonymity -- also hand jobs). The production is definitely worth seeing and tickets are as cheap as $25 (less if you don't mind standing).

It should also be mentioned that Muhly did the music for the Daniel Radcliffe-starring Beat Generation film Kill Your Darlings, which recently opened.

You can see Muhly himself, performing with violinist Pekka Kuusisto at Le Poisson Rouge on January 3 (doing the music of Bach, Arvo Pärt, Philip Glass and Muhly's own works). Tickets are on sale.

NPR did a concert with Muhly at Le Poisson Rouge in May, which included songs (and singers) from Two Boys, as well as performances by frequent collaborators Sam Amidon, Nadia Sirota and others. Check out video from that along with a trailer for 'Two Boys', below...

An Evening With Nico Muhly, 'Two Boys' And Other Works