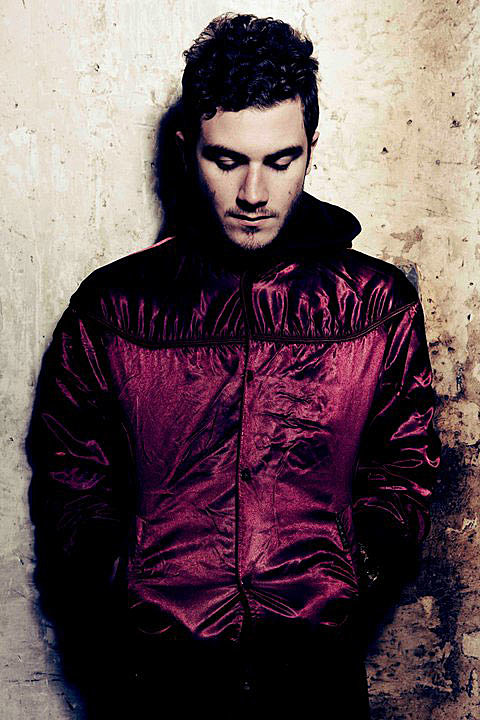 Nicolas Jaar has a few dates scheduled in the UK for early 2012, and upon returning to the US he will play a live set as part of a Clown & Sunset showcase (Jaar's own label) at Music Hall of Williamsburg on February 3 with special guests. Tickets go on sale today (12/23) at noon.

His last NYC show was the sold out live debut of his Darkside project with Dave Harrington at MHOW earlier this month. Capital New York was at the show and talked to Nico about how despite his presence in the electronic scene, he was brought up on rock (Darkside covered Bauhaus during their encore). CMJ was there too and said:

Watching Jaar perform alongside Harrington--a music nerd-looking guy shaking his head of curls and picking out sooty, smoldering notes on the guitar and bass--makes it hard to contrive a difference between their creative processes. Jaar, like James Blake, has a way of being involved in making his music that is at once undeniable and hard to come by. He might be using a MacBook Pro as part of his music-making setup, but Jaar's work is pulsing with human life, just as fleshy as the guitarist looking him in the face.

Check out some videos from this show, and a stream of the Darkside EP below. There's a sort of Pink Floydian feel to Harrington's guitar playing and Nico's voice is way more in the forefront than on his own LP. But from the live videos, you can tell that he's keeping the repetitive deep house interludes in tact, despite the forays outside of the realm of dance music.

Dave Harrington is playing again on New Year's Eve in NYC as El Topo, when he opens for Nosaj Thing at Glasslands. TIckets are still on sale.

Nicolas also has a few UK dates coming up. All dates, videos, and stream, below...