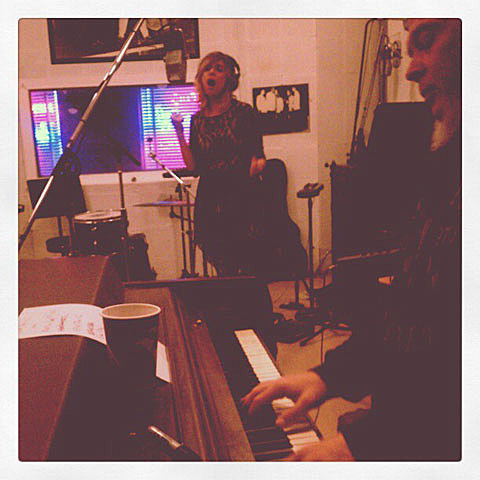 Nicole Atkins is selling a new (re-recorded actually) song to raise money for her hometown of Neptune City, NJ, one of the many areas hurt badly by Sandy (Nicole's property included). In her own words:

I originally wrote and recorded this song in 2006. I wrote it about my feelings on the town i grew up in, Shark River Hills and Neptune City. In the wake of Hurricane Sandy and after seeing the destruction it has left for my neighbors, friends and family I decided to rerecord the song for everyone to raise money to help us rebuild.

This version of "Neptune City" was recorded November 4th, 2012 at the legendary Sun Studios in Memphis Tennessee with the help of engineer Matt Ross-Spang and pianist, Ricky Steff of Lucero.

100% of all donations received from the download will be directed toward nonprofit organizations working to restore and rebuild our Jersey Shore. The funds will be regranted from ATC's Hurricane Sandy Disaster Relief Fund. Specific organizations will be announced once the full range of needed funds emerges.

After disaster strikes, the aftermath is broken down into three separate phases: Rescue, Relief, and Recovery & Rebuilding. Goverments and multinational bodies are usually best equipped and poised to handle the first two phases. The Recovery & Rebuilding phase is where donors can have the most impact in helping communities over the long-term. It is critical to full recovery but is often the most overlooked and under-resourced phase as news sources turn to other stories and disasters. Thus, we are holding off on announcing specific organizations until the full impacts and long-term implications of the disaster become more clear.

Head to her Bandcamp now to listen and possibly buy the song. The picture above was taken while Nicole was recording the new version with Ricky Steff of Lucero.

In related news, Dean Ween was supposed to host a benefit in Asbury Park, NJ this Sunday, but the date has changed to WEDNESDAY. NOVEMBER 28 (the venue is still The Saint).