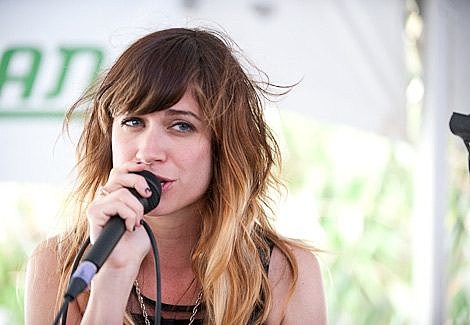 The Tea Party-hating NPR will be streaming Nicole Atkins' recent show at World Cafe Live online as of 3pm EST today (3/11). It's a consolation prize for those who were hoping to see her play tonight at Maxwell's, but don't have a ticket (the NJ show with Cotton Jones is sold out).

On March 16th Nicole plays her first of at last five SXSW shows in Texas (a festival she also visited last year). After that she has various shows scheduled including Bonnaroo, Concerts in the Studio in Freehold, The Union County Performing Arts in Rahway, and two gigs at Rockwood Music Hall in Manhattan. The first is one of those private WFUV-Members Only shows on 3/22 that will be aired on the radio station, and the next is actually a Sweet Divines show that says "w/ special guest singers TAMI LYNN and NICOLE ATKINS." That one has tickets on sale and goes down over the course of two sets on 3/30. All dates below...