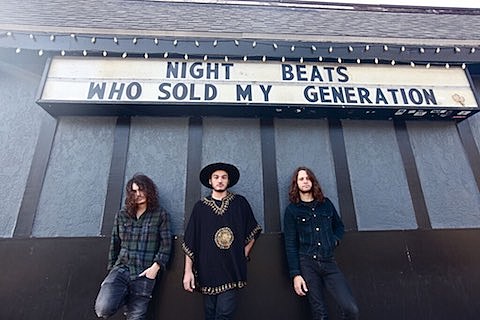 Seattle trio Night Beats will release their third album, Who Sold My Generation, on January 28, 2016 on Heavenly Recordings. The record was recorded on 2" analogue tape and co-produced by Black Rebel Motorcycle Club's Robert Levon Been (who also plays bass on the record). Night Beats have always been, for me, one of the more interesting bands making garage-psych today, with a strong (old) R&B influence and this new one adds some krauty, motorik elements to their sound which works really well. We've got the premiere of the driving, groovy new single "Power Child." Listen below.

Night Beats only shows are a couple in Canada this weekend. They'll play the M for Montreal fest on Friday (11/20) with Oh No! Yoko, Birds of Paradise and Surf Dads, and then on Saturday (11/21) they'll play Toronto's Night Owl Festival with Mexican Slang, LA Witch, Hooded Fang, B-17, and Fill Spectre. 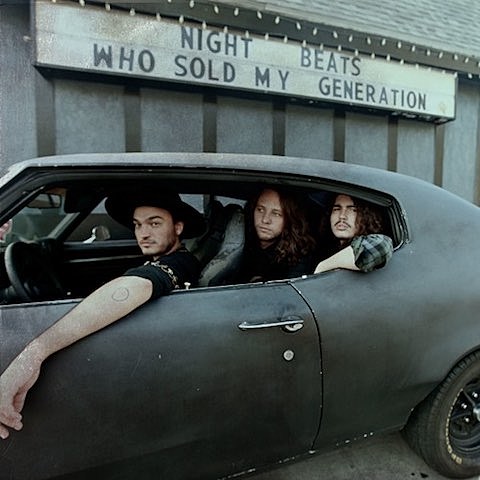