This year has taken what feels like far too many great artists. Lemmy feels like part of the string of lost greats, but he actually died in 2015, a few days after Christmas, a holiday for which the 2016 biography of Lemmy would make a great gift. That book has been out for months, but a recent article in the New York Post has some great details, some of which concern Lemmy's brief tenure with space-rock greats Hawkwind, who fired him in 1975 and prompted Lemmy to retaliate.

“I got my revenge...I came home and f−−−ed all their old ladies. I made sure of [bandmates] Simon King and Alan Powell’s first. Alan Powell has still never forgiven me. And I hope he never will, cos there was a lot of malice involved, and I really meant every f−−−ing minute of it.

There's lots of other good stuff in that article, including Lemmy's particularly crazy claim that "my blood at the time had evolved into some sort of organic soup — all kinds of trace elements in it" due to his legendary drug use. 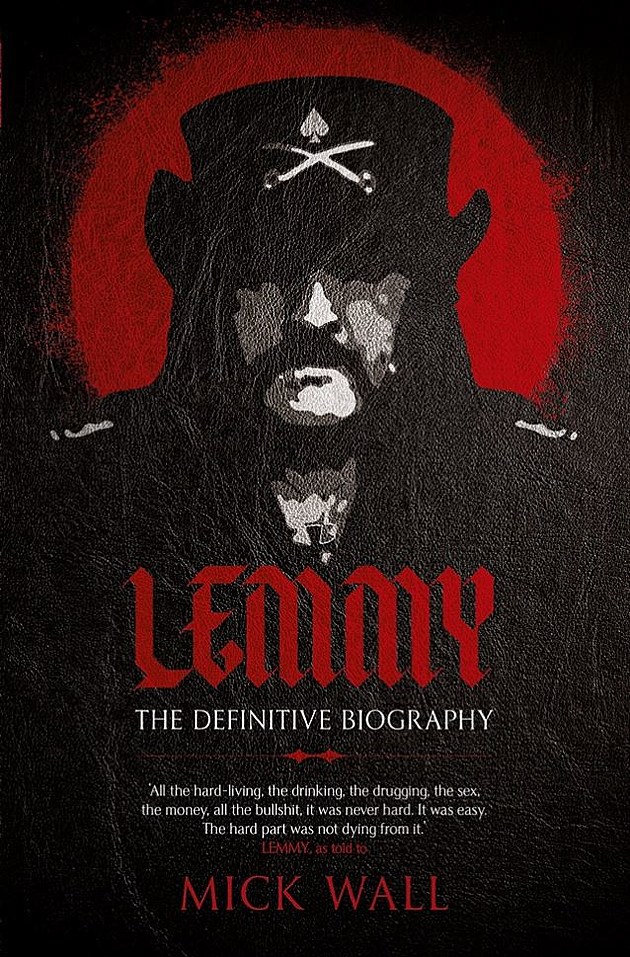 Hawkwind are of course no strangers to drama, having had roughly one million members over the years, and are still involved in some band conflict all these years later. Former member Nik Turner (who Lemmy doesn't call out in the above quote but was in the band at the time of his firing, and was actually fired soon after Lemmy) has been touring as "Nik Turner's Hawkwind" for a while now, including a recent trek that included a stop at NYC's Saint Vitus just a few weeks ago. But Nik's use of the Hawkwind moniker has drawn him some ire from the other members of Hawkwind, who fired him not once but twice back in their heyday; in 1976 and after a second stint from 1982-84. Hawkwind, who cancelled a tour back in 2014, don't approve of Nik's use of the band name.

While band name disputes aren't at all uncommon (the whole Roger Waters/Pink Floyd saga comes to mind, and the fact that Hawkwind have been called "the poor man's Pink Floyd" is certainly ironic in that context), this whole story has actually become pretty weird. For starters, Hawkwind's stated reason for the repeated postponements of that tour was that Hawkwind guitarist Dave Brock (generally regarded, along with Nik, as the most important central member of the band) had a "stress-related condition" related to the name dispute that prevented him from being able to tour.

That fact has apparently only inflamed the passions of a group of vehement Hawkwind fans on the internet known as Hawknerds. Apparently there is a particularly vocal group of commenters on the Hawkwind forums and fan sites who really, really hate Nik Turner. From a blog post explaining the phenomenon:

Somewhere in 2014, something happened on the UK Hawkwind fan site. Known amongst themselves as Hawknerds, the site began to show some troubling signs. ‘Wanted For Treason” and other nasty threats were posted over pictures of Nik Turner. Beheadings, Hangings, stonings were all mentioned...They took to the web (mostly friend face) and screamed the mantra “Nik Turner is the devil!” They started a flame war that was single minded: destroy anyone who disagreed with the party line. You like Nik Turner? You are banned from the site. Did you have your own site? (Nik Turner’s main friend face site and the Hawkwind North America/Canada site are good examples) We show up and attack.

One of the Hawknerds emailed us in October 2016 to request we edit our news post about Nik's tour. They wrote:

Quite a few people are unaware of the current legal proceedings involving the name HAWKWIND.
Dave Brock formed HAWKWIND in 1970 and has led the band (on a full time basis) for the past 47 years with no end in sight.
Dave Brock trademarked his band's name (HAWKWIND) over 20 years ago.
The band you are advertising to perform at St. Vitus Bar on Nov/15/16 is actually Nik Turner backed by sessions musicians and not HAWKWIND at all.
Nik Turner was only a member of HAWKWIND for 8 years and hasn't played in/with HAWKWIND for over 30 years.
Dave Brock currently has legal proceedings against Nik Turner and Cleopatra Records because of their unauthorized use of the HAWKWIND brand.
I don't think that a lot of entertainment organizers are aware of this ongoing situation and are possibly being misled by false advertising on behalf of Turner and his financial backers.
Would you please consider removing the HAWKWIND name from the advertisement promoting Nik Turner's upcoming show at your establishment?
Thank you.

Note: Saint Vitus is not our establishment, but we get that kind of confusion in emails like this all the time actually.

This whole thing is definitely insane, even by internet standards, but it hasn't stopped Nik. Check out some photographic and video proof of that November 2016 Brooklyn show and other dates, below: