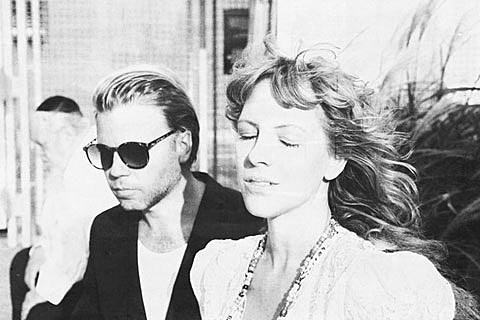 Stockholm's Niki & the Dove (aka Malin Dahlström and Gustaf Karlöf), who released The Drummer EP and "The Fox" single last year and made BBC's 'Sound of 2012' list, recently announced a short US tour which will take place this March and hit NYC on March 10 at Knitting Factory. Tickets for that show are on sale now.

The band just released the video for "The Fox," which you can watch below alongside a widget to download the track. There's definitely some Bjork coming through in Malin's vocals, and she's backed by thick, dancefloor-ready pop with synthetic brass, clap snares, and exploding choruses.

Also on the Knitting Factory bill is Clock Opera, who will release their debut album, Ways to Forget, on April 9 via Moshi Moshi, and quickly rising UK pop singer Charli XCX.

Charli XCX recently played an MTV show in London with The Maccabees, which Lana Del Rey was also scheduled to play, but cancelled like she did with SXSW after her SNL performance and an interview with Vogue where she said she might never record an album again. Like Lana Del Rey, Charli XCX seems groomed for mainstream pop-ularity and was one of the many singers Balam Acab remixed last year. Charli's other dates include a March tour of Europe with Sleigh Bells (who are the musical guest on SNL next weekend).

All Niki & the Dove dates, video and widget below...