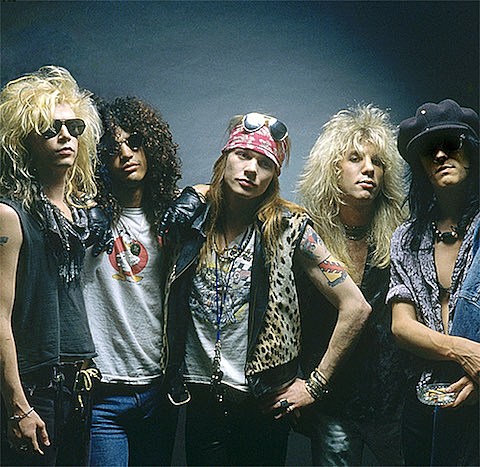 Are Guns N' Roses getting back together? As in the real Guns N' Roses? Or at least a more real GN'R? Signs are pointing more and more to yes. Maybe. Steven Adler has already said he's in, and drummer Matt Sorum seems like he'd be ok with it too. And with DJ Ashba & Bumblefoot officially out of the band, the time seems right. Of course the lynchpin in all this is the very bad blood between Axl and Slash though according to a Swedish interview with the guitarist and others, olive branches have been extended.

Motley Crue's
Nikki Sixx, who tweeted last night "THEY ARE. EVERYBODY KNOWS":
Dish Nation says that "a source close to the band" claims an official announcement about a 2016 tour is imminent. Then there's the official Guns N' Roses twitter account which has been coyly cryptic:

What to make of this? We shall see. In the meantime, relive the good ole days with the epic video for "November Rain," below...