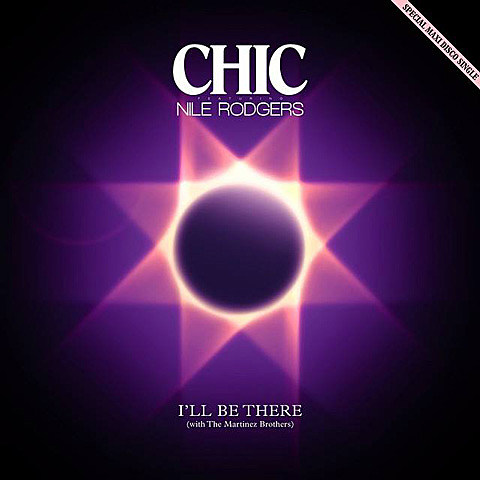 Since Daft Punk's "Get Lucky" put his name back in the pop lexicon, Nile Rodgers has resurrected the Chic for a new album, It's About Time, due out later this year. Nile just dropped Chic's comeback single, "I'll Be There," released today (3/20) to coincide with a very cosmic day: it's the Vernal Equinox (aka first day of spring, though you'd never know it in the North East), as well a partial solar eclipse and there's a Supermoon tonight. No doubt about it, "I'll Be There" (which features The Martinez Brothers) sounds like classic Chic and is pretty infectious. You can listen to it and its b-side "Back in the Old School" below.

Nile also says the riff was originally for a Sister Sledge song in the '70s that didn't get used, and the song is a tribute to Chic bassist Bernard Edwards who died in 1996:

Nard always looked out for me. I was the reckless one. We had lots of fun and good times. So on the song's surface it's really happy. It's about the origin of CHIC, and how dance music changed our lives forever

The music video for "I'll Be There" was shot during Fashion Week in NYC by famed photographers Inez and Vinoodh and stars supermodel Karlie Kloss. Watch it below.

The new lineup of Chic will perform live at London's Roundhouse today (3/20) at 5 PM Eastern and that concert will be streamed live.