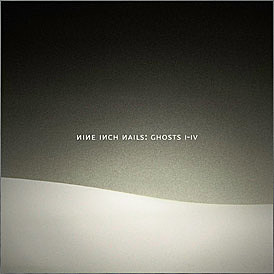 Trent Reznor explains, "I've been considering and wanting to make this kind of record for years, but by its very nature it wouldn't have made sense until this point. This collection of music is the result of working from a very visual perspective - dressing imagined locations and scenarios with sound and texture; a soundtrack for daydreams. I'm very pleased with the result and the ability to present it directly to you without interference. I hope you enjoy the first four volumes of Ghosts." 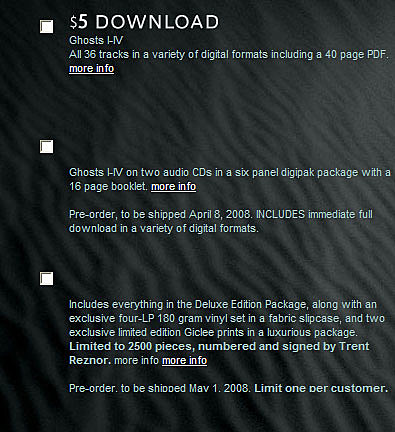 Following the model set by the Trent Reznor/Saul Williams Niggy Tardust project released late last year, Reznor has just released a startling two and a half hours of new Nine Inch Nails audio via the band's web site entitled "Ghosts I-IV." Introducing yet another innovation in audio release via the web, Reznor has made the first nine of the collection's startling thirty-six tracks available for free with hopes that they may entice each user to pay the minuscule $5 for the entire set.

Not to be outdone by last year's release by Radiohead, Reznor has made a number of fantastic physical versions of the release available for sale as well.. [Culture Bully] 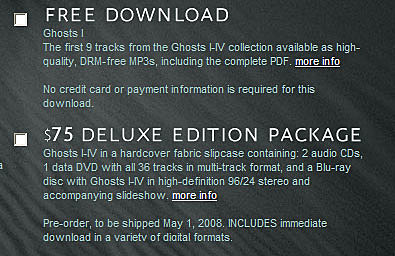 This music arrived unexpectedly as the result of an experiment. The rules were as follows: 10 weeks, no clear agenda, no overthinking, everything driven by impulse. Whatever happens during that time gets released as... something.

The team: Atticus Ross, Alan Moulder and myself with some help from Alessandro Cortini, Adrian Belew and Brian Viglione. Rob Sheridan collaborated with Artist in Residence (A+R) to create the accompanying visual and physical aesthetic.

We began improvising and let the music decide the direction. Eyes were closed, hands played instruments and it began. Within a matter of days it became clear we were on to something, and a lot of material began appearing. What we thought could be a five song EP became much more. I invited some friends over to join in and we all enjoyed the process of collaborating on this.

The end result is a wildly varied body of music that we're able to present to the world in ways the confines of a major record label would never have allowed - from a 100% DRM-free, high-quality download, to the most luxurious physical package we've ever created.

More volumes of Ghosts are likely to appear in the future. 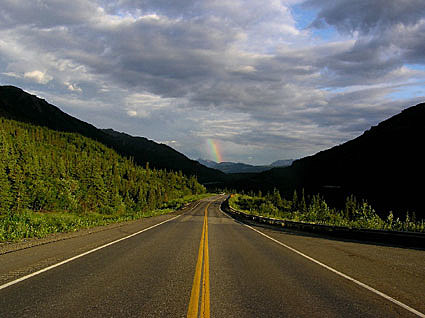