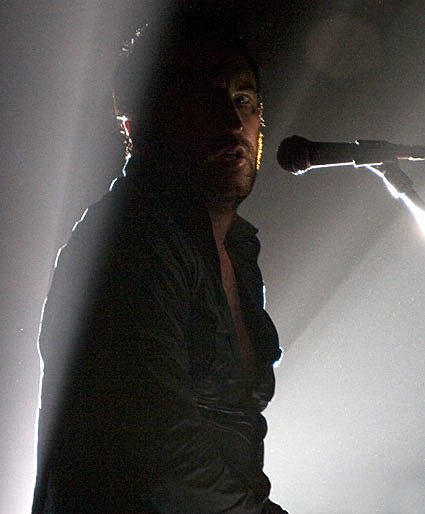 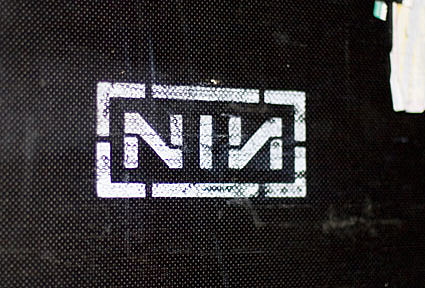 Trent Reznor of Nine Inch Nails isn't generally given to diverting any energy from his music by speaking much from the stage. But after playing the first of several encores at the Izod Center last night in East Rutherford, Reznor said he "felt suddenly possessed to talk." The singer pointed out how primed he and his band mates and crew felt backstage, talking about they couldn't wait to "blow these peoples' minds tonight." (Except that instead of "peoples," he used a word that rhymes with truckers.)

Reznor and company went on to do just that, with a two-hour audiovisual, senses-blurring assault that made most arena-rock shows seem lazy and locked in the past. The leading-edge, three-dimensional lighting effects were spectacularly attuned to the intensity of the music, which was a blend of the sophisticated and the visceral, the electronic and the organic, the angst-driven and the moodily atmospheric. [NJ.com]

More pictures from last night's show and the setlist, and new tour dates below... 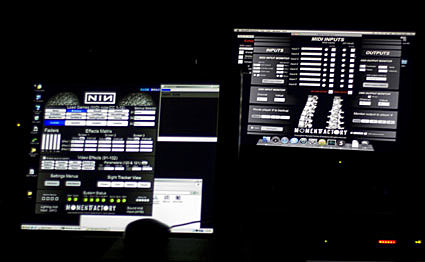 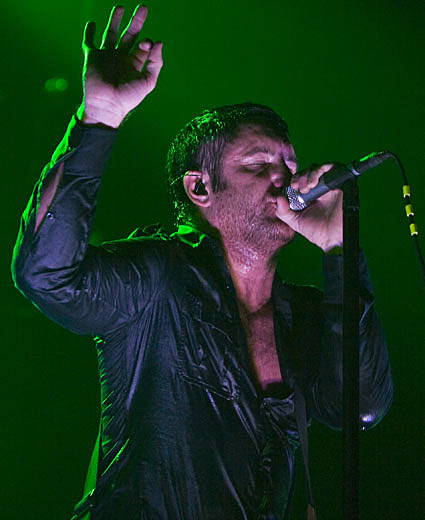 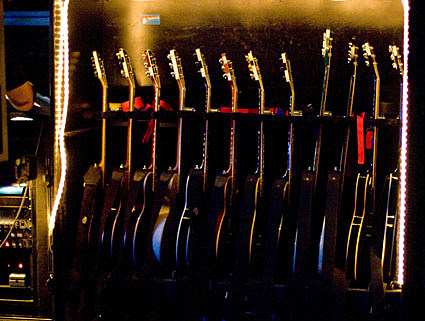 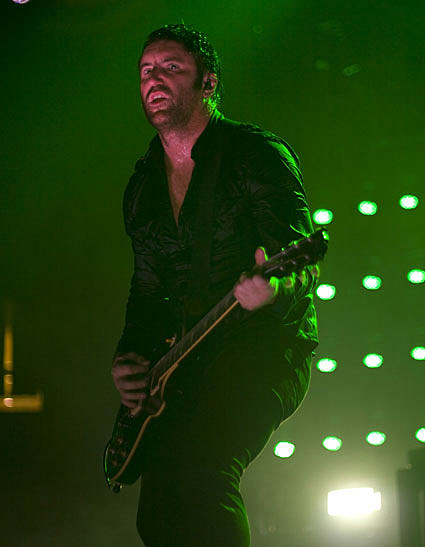 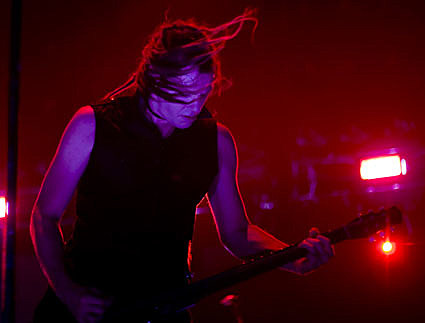 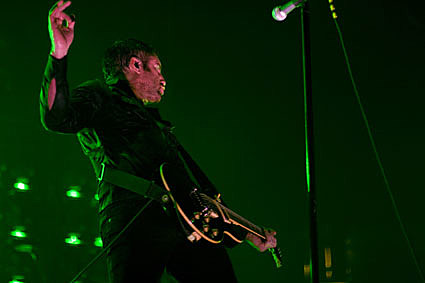 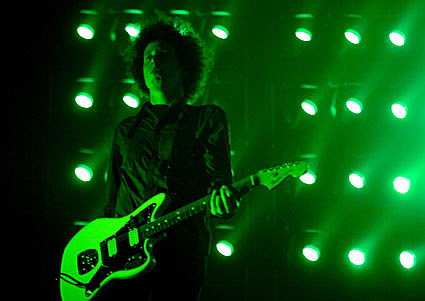 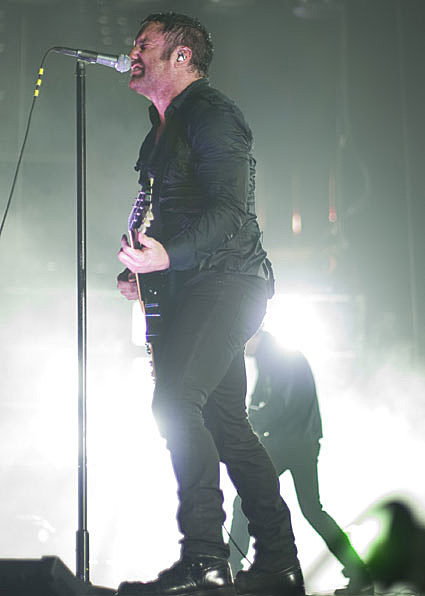 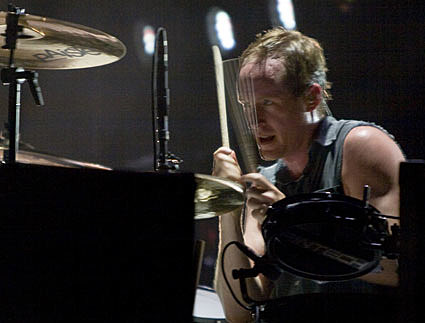 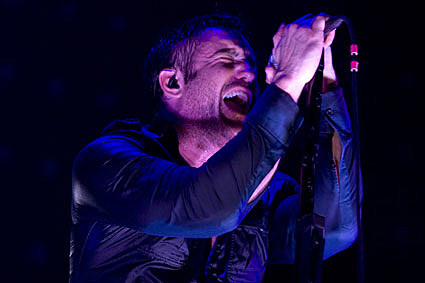 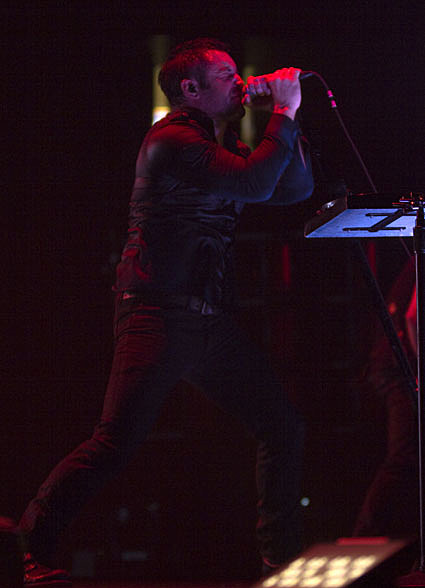 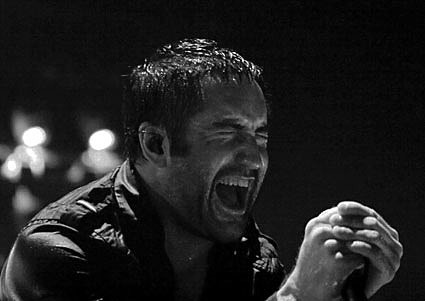 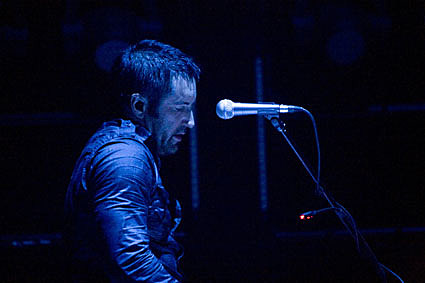 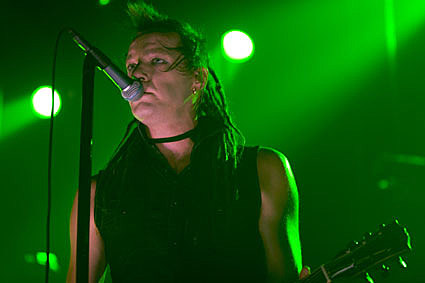 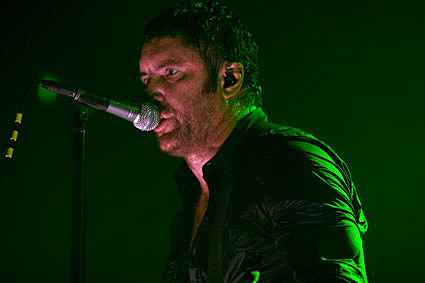 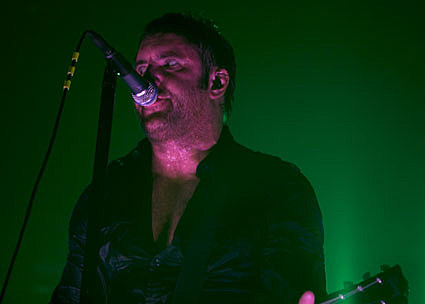 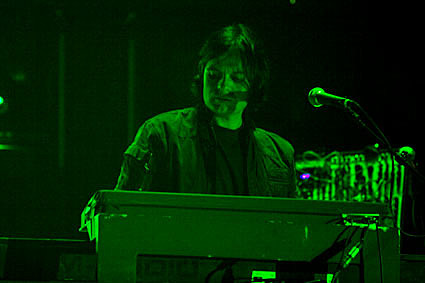 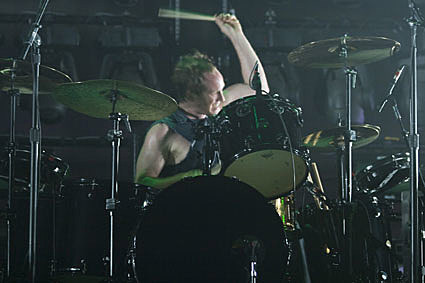 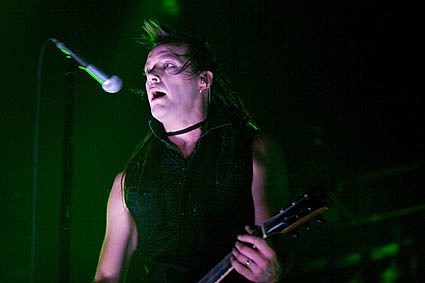 999,999
1,000,000
letting you
discipline
march of the pigs
head down
the frail
reptile
closer
gave up
the warning
vessel
5 ghosts I
17 ghosts II
19 ghosts III
piggy [ghost]
the greater good
pinion
wish
terrible lie
survivalism
the big come down
31 ghosts IV
only
the hand that feeds
head like a hole

echoplex
god given
the good soldier
hurt
in this twilight 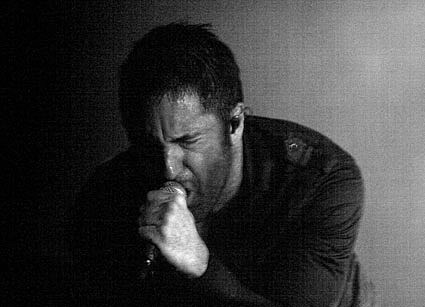 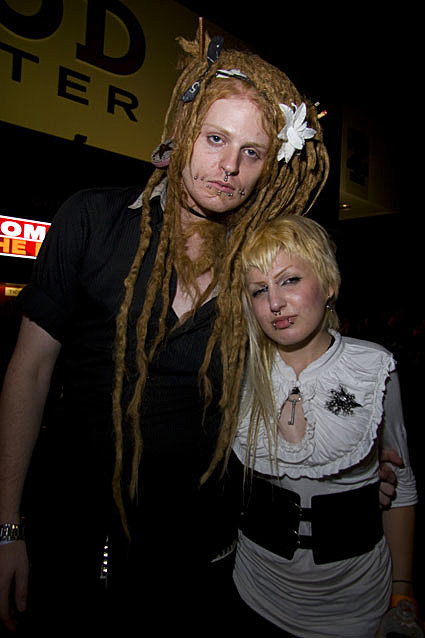